After a year's hiatus, the WWE video game franchise is finally returning this year in just a week's time. The previous game in the series was met with such negative feedback from fans that the developers have had to completely redesign their focus on development. Will that finally bear some fruit when WWE 2K22 launches in a week's time?

It's safe to say that WWE 2K22 has had a graphical makeover since the last entry in the series, and the official PC system requirements certainly back it up as they are considerably higher than the previous game WWE 2K20. The CPU specs are very similar still (and in the case of minimum requirements exactly the same), but it's the GPU specs that will turn a few heads.

So let's jump in and take a look at the WWE 2K22 PC system requirements...

The best chance at playing WWE 2K22 at the recommended system requirements at 1080p will be if your PC has at least a GTX 1070 or RX 580 graphics card. This should then be paired with either a Core i7-4790 or FX-8350 processor as well as 16GB of RAM. This should then deliver around 60fps performance on High graphics settings.

As ever, remember you can always check out how well your PC can run the WWE 2K22 System Requirements here, where you can check benchmarks and performance from other users. Compare your graphics card to the WWE 2K22 GPU benchmark chart and we also have a WWE 2K22 Frames Per Second system performance chart for you to check. 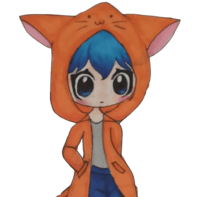 IMO, these player models are considerably worse than the previous games. They just look...off. And the fact that you'll need more GPU power to run this is quite disappointing.