And so it begins. As we approach the Summer of 2022, both Nvidia and AMD are also gearing up to announce their next generation of graphics cards shortly after. We’ve heard a few rumors here and there about performance and specs, but this latest report could spell great things for fans of the Red Team.

According to the report, AMD’s RX 7700 XT could be equal to the performance of an RX 6900 XT in rasterized graphics, and even faster with ray tracing. It comes with a few caveats but so far those leaks of a massive jump in performance for next-gen GPUs are looking more and more likely.

*All specifications are speculative based on preliminary reports.

The RX 7700 XT will reportedly have 8GB of GDDR6 memory, which may be a little low for some in 2022 but should allow for better availability as well as lower power consumption at a $400-$500 price range. Compared to the reported power draw of Nvidia’s upcoming RTX 40 series, the RX 7700 XT comes in at an astonishingly low 200W TBP, apparently.

Additionally, AMD is working on multi-chiplet (MCM) designs for their new GPUs, which will come with dramatically increased core counts on the RX 7000 series. According to the same report, the RX 7700 XT will feature 5120 cores (same as the RX 6900 XT), whilst higher models will have 10240 and 15360 cores.

Obviously take all this information with a grain of salt, but with more and more leaks coming out from respectable insiders, the patterns are beginning to show. We’ll have to wait and see exactly what AMD and Nvidia are cooking up when they’re ready to announce them, but for those who were excited for an even bigger leap in performance over the last generation: 2022 might be your year.

Are you excited for the RX 7000 series graphics cards?

Wose GPUs are you more excited to see later this year?

I wanna ask. Do all games require 8GB of VRAM or more?

Are you trying to somewhat future proof your gaming experience and going on the highest settings with 2k-4K textures? If not, the short answer is no. Just look at minimum requirements in games now.

Edit: Scratch that…look at the recommended requirements of games now.

Another thing to keep in mind is that DX12 and Vulkan titles buffer VRAM. Nicolas11x12 made a video showing actual VRAM usage and it's usually much lower than what is buffered(what regular software shows as usage).

If anything it's the bandwidth that is never enough, not capacity. That's why the RX 6X50XT cards are coming with the very expensive 18gbps GDDR6 memory as their only upgrade.

And why AMD for generations had 384-512bit bus widths.

If this GPU ends being a $499 then it's plenty enough for 2K/144 gaming experience, 8GB may seem not enough for 4K but that's entirely up to you personally and most of us don't own a 4K/144 displays yet. 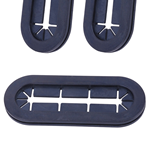 If 7000 series is chiplet based like ryzen (multiple smaller dies on one gpu), it means they can have many more smaller dies per wafer made without defects vs larger ones. (less waste, ie cheaper)

If the RX7700XT is monolithic that means that there are 5120SPs per Module/Chiplet.

looks that way :) should be interesting to see how good the performance scaling is as you add more chiplets! could we even see a 4 chiplet 7990???

As long as they can cool the GPU then we can get a 4x Chiplet/Module, but I personally have no interest in GPUs above 200W(maybe 250W tops) as they become impractical, especially when I want my next PC to be small form factor. Then comes the price, which will be insanely high for 4x chiplets, and also a great way to have a GPU shortage is to use tons of chiplets per card.

Plus if my PC needs a 1200-1500W PSU, that means that the heat being dissipated would be on par with a blower heater...

At this point nothing excites me until I see a price tag. Lately this has become like being excited for the latest Ferrari. "Oh yeah, cool. That's pretty sweet" *drives away in 2014 VW Golf* 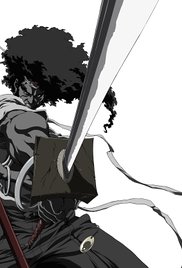 I sure hope its faster, lol

So if the RX7700XT is monolithic, that means that there are up to 5120 Stream Processors(80CUs) per Chiplet?

Also, if true, that 128-bit bus is scarily small, I hope the delta color compression, L3 cache, and architecture improvements compensate for it, coupled with some insanely fast GDDR6.