Computex is currently underway and AMD’s keynote just finished. As expected, the company announced their new series of processors were still on track to launch later this year, and even gave us a tease of the performance capabilities for the new Zen 4 architecture present in the Ryzen 7000 processors.

According to AMD, the Ryzen 7000 series of CPUs will still be officially launching in Fall 2022. Not many details about the next-gen processors are known yet, though AMD has revealed that the Zen 4 architecture promises a 15% or greater performance uplift over Zen 3 (Ryzen 5000 series). 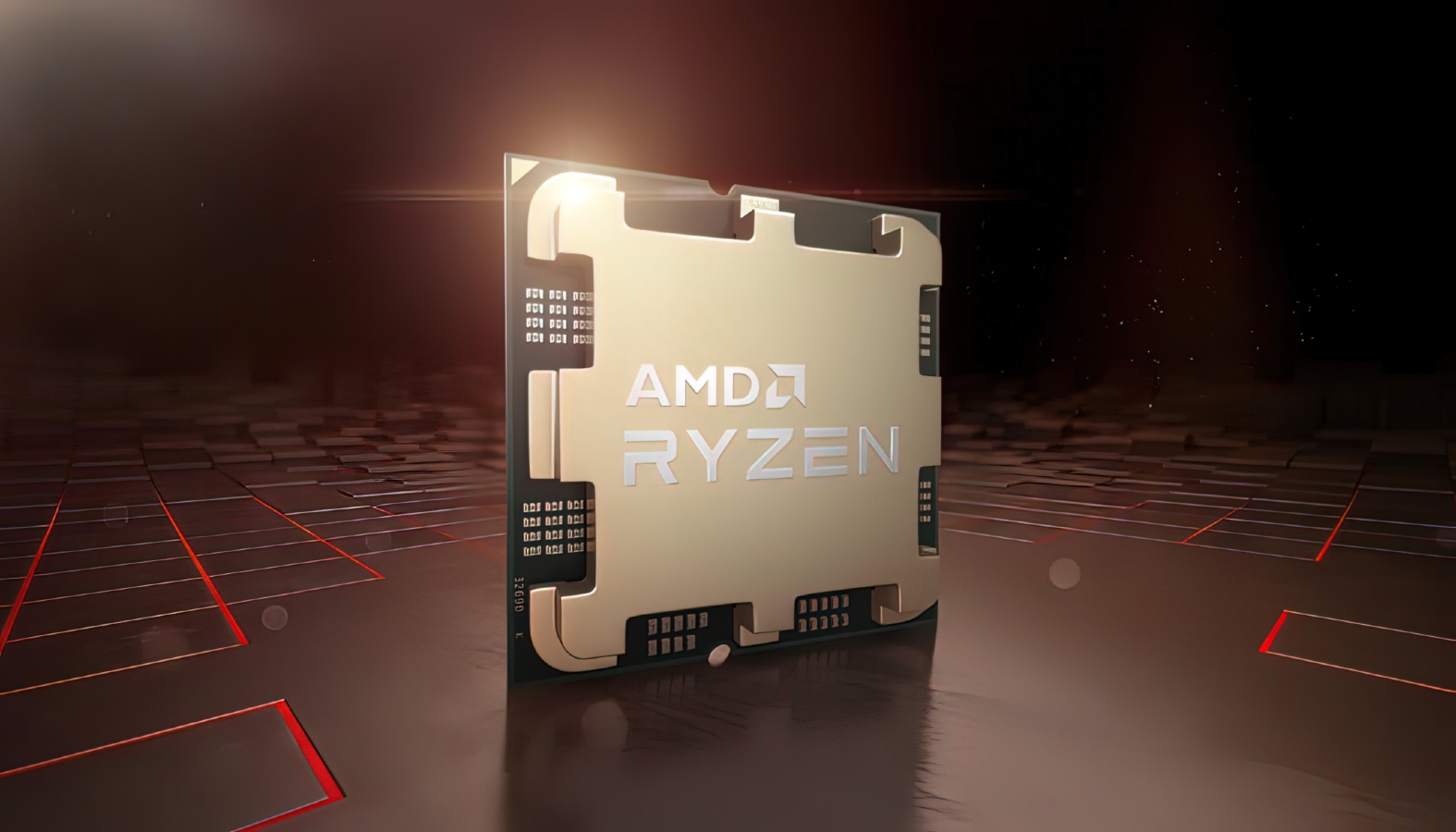 Plus, Zen 4 will come with double the capacity of L2 cache compared to Zen 3, and of course an increase in IPC (instructions per clock). Additionally, that same mysterious 16-core CPU was seen running GhostWire: Tokyo with some crazy fast clock speeds between 5.3GHz and 5.5GHz. 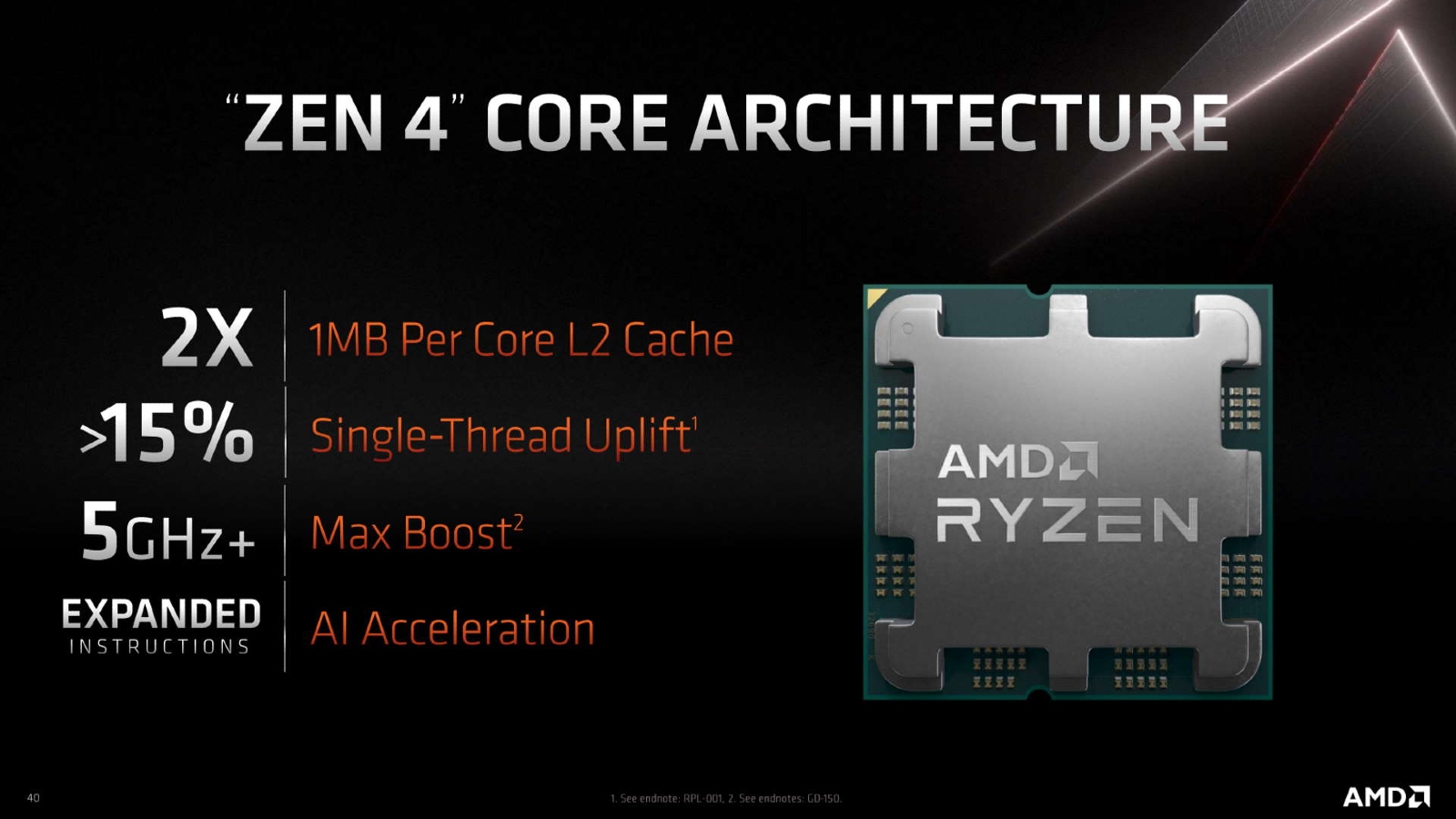 “We designed Zen 4 to run significantly faster than our previous generation,” said AMD CEO Dr. Lisa Su, “and that increase in frequency can translate into a smoother gaming experience. And while this is just one example we're really excited for gamers to get their hands on our Ryzen 7000 series.” 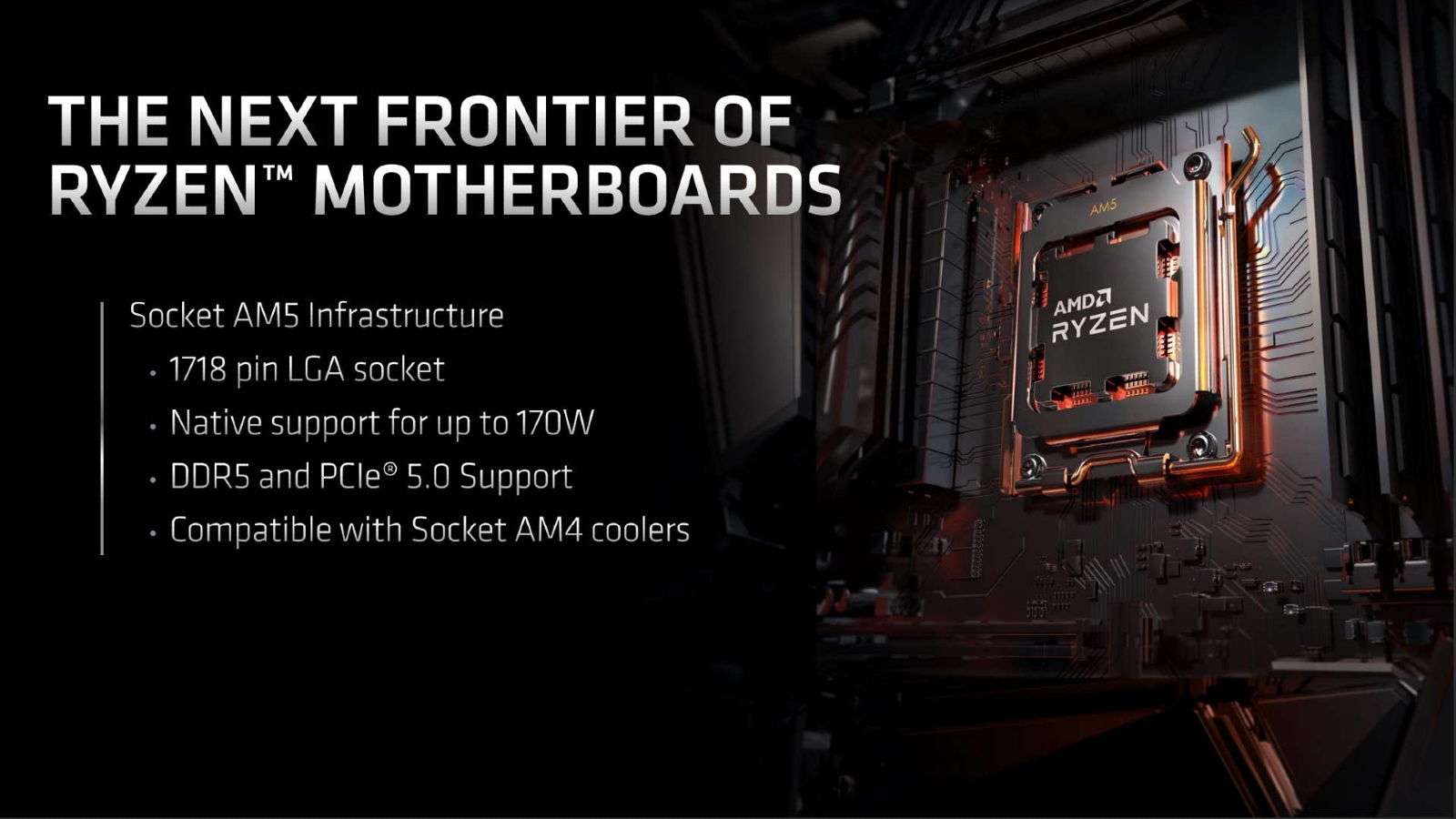 Each board has the typical prices and features you’d expect from the AMD platform, with the top-end X670 Extreme boards offering the most features and highest price points, and the X670 providing a good middle ground, and the B650 going for the more budget-friendly range. Unfortunately, however, the 600-series mobos will not support DDR4 RAM, so you’ll be forced to fork out for the new DDR5 memory kits.

What do you think of the proposed performance gains for the Ryzen 7000 series?

Will you be upgrading your CPU this year?

I am hoping to get a really power packed ryzen 7800X ? ah depends on the rest of the components and the cooling options provided with it, I am tempted to get a off the shelf AIO liquid cooler but lets see if there is a decent enough difference in performance.

also i heard rumors which were that the GPU included on the cpu would be near the level of RTX 3060M the lower tier version any truth to the matter? i am really hoping to build out my system my maxing out my spend on the system minus the GPU i would like to buy one a year later or so. last time i was caught up in the Crypto boom of 2017 where the rx580 was costing as much as a GTX1080 and i was super lucky cause literally 2 weeks later (maybe less) the GTX prices sky rocketed. So while i was lucky i was kinda force to lower my system spend and get a still out of my budget GPU. right now i dont know how long my current GPU might last (plus its out of warranty) so i am really hoping the GPU onboard is decent enough to help me hold out for some time. and honestly speaking a RTX 3060M level GPU even if its the lower perfomance tier version its still a damn decent GPU that can help me wait it out a year maybe 2 till i can save up for something massive again.

I think all the "IPC" gain will be from the increased L2 cache and the higher frequency is from the "5"nm node compared to the "7"nm node.

AMD is trying to maximize yield and profits it seems.

I will actually get a picture of these four together this weekend before I head out on the road again.

thats a big assumption from one blender benchmark :D we will se real performance soon enough I guess.

Time approaches when I'll have to finally retire the 5960X. Perhaps these will be a nice uplift :)

I think ill stick with my 5800x, if not 5800x3d, gpu upgrade is more important then CPU upgrade at this point. Vega 64 is getting a bit old now.

Seems like as of right now I am the only one who chose 'Okay' for the first question.

How can I choose Great or Good when we don't have pricing? Pricing has been absurd as of late and value proposition will depend on pricing as much as performance.

Companies these days are looking to hike prices with every new release instead of once every few generations. Pricing needs to make sense.

Pricing always makes sense, it's just not always good for the consumer.

There is no way that the Ryzen 7000 series will be cheap, nor their motherboards, neither is DDR5 right now cheap.

And it's been 5+ years since 6 core/12 thread became the mainstream, 4 core was mainstream for 6 years(2010-2016), in some ways we've stagnated. At least single core performance is improving at a decent rate.