The Lord of the Rings: Gollum officially launches this September

Back in 2020, Daedalic Entertainment officially announced a single player stealth game based on the popular Lord of the Rings franchise, with Gollum as the main protagonist. Since then we’ve only heard and seen bits of gameplay, and were told a rough Fall 2022 release date. However, we now have an official launch date to get excited for…

The Lord of the Rings: Gollum officially launches September 1st 2022 for PC, PlaySTation 5, PlayStation 4, Xbox Series X/S, and Xbox One. A release for the Nintendo Switch is planned but will come at a later date. No new gameplay was revealed yet unfortunately, but it probably won’t be long considering the Summer of Gaming News is just a couple weeks away now.

Daedelic also said that the official PC system requirements for LOTR Gollum will be revealed closer to the release date. Based on gameplay videos, and the fact that it is coming to last-gen consoles, it probably won’t have very demanding minimum specs, but we have been proven otherwise before.

What do you think? Are you excited for The Lord of the Rings Gollum? Do you enjoy playing many stealth games? How demanding do you think it will be? Let us know!

Are you excited for The Lord of the Rings Gollum?

I don't like how he looks at all. Other than that it seems interesting. 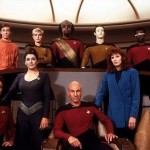 Is Andy Serkis voicing it?

That will determine its worth.