It’s no secret now that Intel’s foray into the graphics card market hasn’t exactly gone super well. After some mobile GPUs performed less than expected, user benchmarks for the first desktop variant have also come back relatively poor. Now Intel has revealed the official specs and expected performance of their entry-level GPU, which is not actually too bad in the grand scheme of things…

The Intel Arc A380 is the first desktop graphics card from Intel to hit the market, which is currently only available in China. As it turns out, according to Intel the Arc A380 actually achieves over 60fps in more than 20 games at 1080p - LikeControl, Battlefield 5, Grand Theft Auto 5 etc. - and comes quite close to the performance of a GTX 1650 or RX 6400 at times. 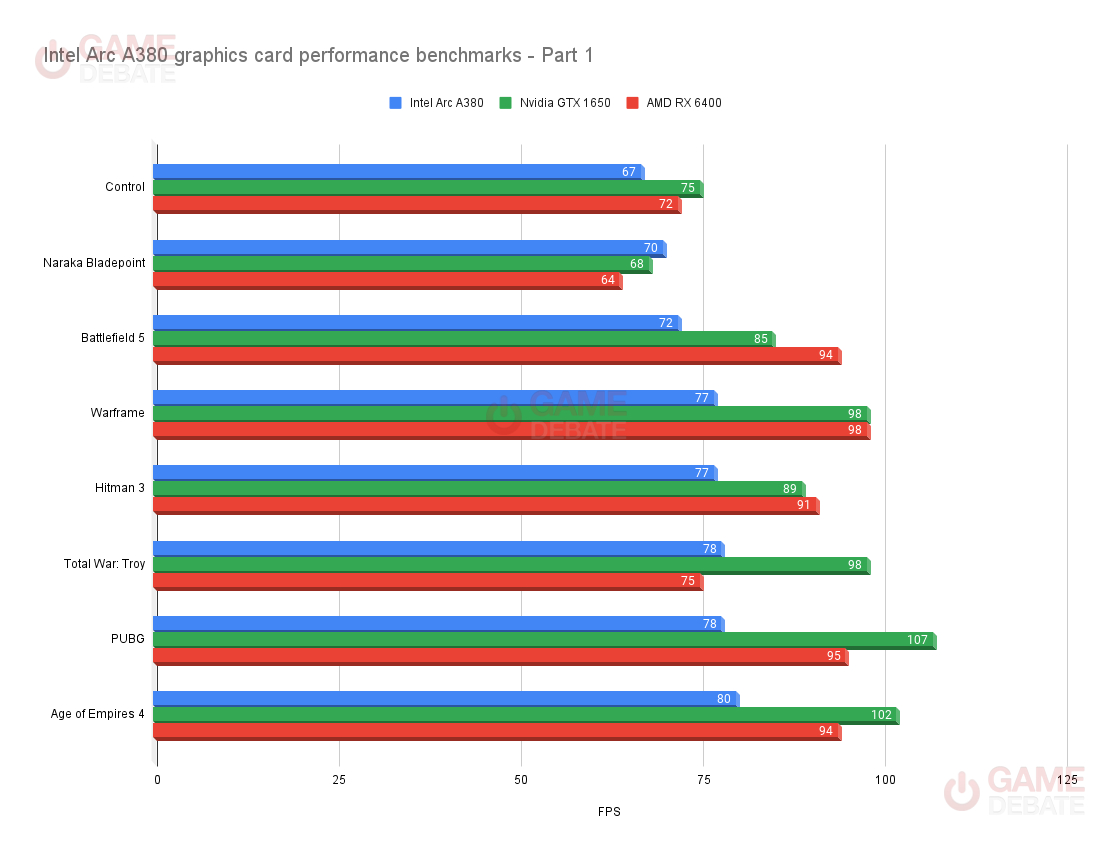 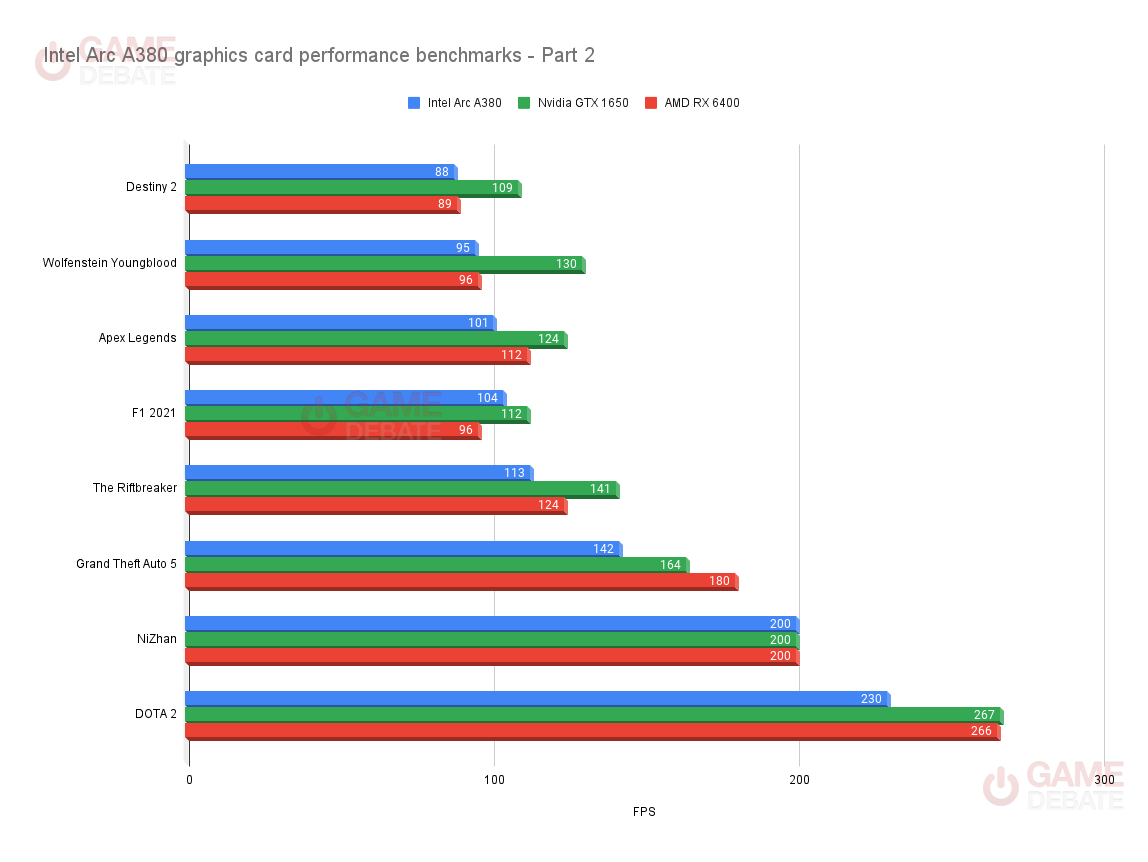 As you can see in the results above, the Arc A380 does underperform most of the time when compared to the GTX 1650 or RX 6400, but does sometimes perform better than an RX 6400 and even beats the GTX 1650 in 1 game. However, it is worth noting that these tests were done with Medium graphics settings enabled.

Apart from that though, nothing else in the benchmarks was changed, only the GPU used. Normally, first-party benchmarks are not all that trustworthy, but it’s surprising to see here how official results from Intel don’t overexaggerate performance compared to their competitors, and actually closely resembles the underwhelming performance figures from official user benchmarks.

*Each brand of hardware has their own version of "cores" (Nvidia = CUDA, AMD = Compute Units, Intel = Xe Cores). They are not comparable to each other in terms of raw performance unfortunately, but are listed anyway for posterity. For reference: 1 Xe Core = 128 FP32 Cores, which comes in at 1024 total FP32 Cores for the Arc A380.

**The Intel Arc A380 is offered under multiple variants from AIB partners, ranging from 75W to 87W variants.

***Price is converted from official MSRP in China, which is 1030 Yuan.

Intel also revealed the official specs for the Arc A380 GPU, giving us a more understandable picture of the kind of hardware powering this new entry-level card. What’s interesting is how the hardware seems to be there for high performance, but the results are not clearly translated to actual gaming performance in frames per second.

Once again this all points towards early drivers, as Nvidia and AMD have both had decades of optimizing their driver code, but Intel only started a few years ago. This also explains why they launched in China first as a kind of testing ground, before releasing it and higher variants in other parts of the world with more mature drivers.

Either way, what do you think of the Intel Arc A380 performance benchmarks and specs? Do they seem impressive or still underwhelming to you? And how much do you think the A380 will eventually cost? Let us know your thoughts!

What do you think of the Arc A380 GPU performance for an entry level card?

intel responsive graphics and play 1v1 lol unblocked online no lag, I'm very happy. Also looking forward to the future it is improved and released many new features. The price should also be suitable for the majority of users

I think expecting Intel to be instantly competitive was unrealistic tbh

if the intel card is sold around 150$$ in my country in lev would be actually 300 or so i might as well buy a budget PC with it...

So my takeaway is that AMD is punching above it's weight here (tdp). The fact that Intel beat it twice (9% and 8% better), and essentially tied twice (1fps is within a margin of error and NiZhan is a wash because that's a engine limitation, not a GPU one) while AMD was 7% -15% faster in the remaining 11 games.

Intel has a lot of ground to make up.

At least we have a 3rd player in the GPU market and it's a devil we know so to speak.

considering that 89% of the time it's getting beat, seems like you better find the stuff discounted. otherwise, you are just paying the same money for higher power use and lower performance.

Nobody said to buy it. It's just nice that we went from a duopoly to a triopoly, 5 more competitors and we have a market.

Intel needs to be smart and play for price because even if it matches the performance of Nvidia and AMD, in the graphics space Intel has a reputation for tinker-toy graphics. They need to rpove themselves not only with performance but also driver support.