As the next generation of graphics cards approaches, we start seeing more and more leaks coming our way. The latest report suggests some pretty impressive performance figures for the RTX 40 series, and another states that we’ll only be getting one high-end card from Nvidia this year.

Resident leaker kopite7kimi has released some updated specs and performance expectations for the RTX 40 series, specifically changes to the RTX 4070 and RTX 4080. However, the more interesting detail comes from some expected performance numbers in 3DMark, which puts the RTX 4070 just slightly behind an RTX 3090 Ti, and the RTX 4080 well above that (about 33%). 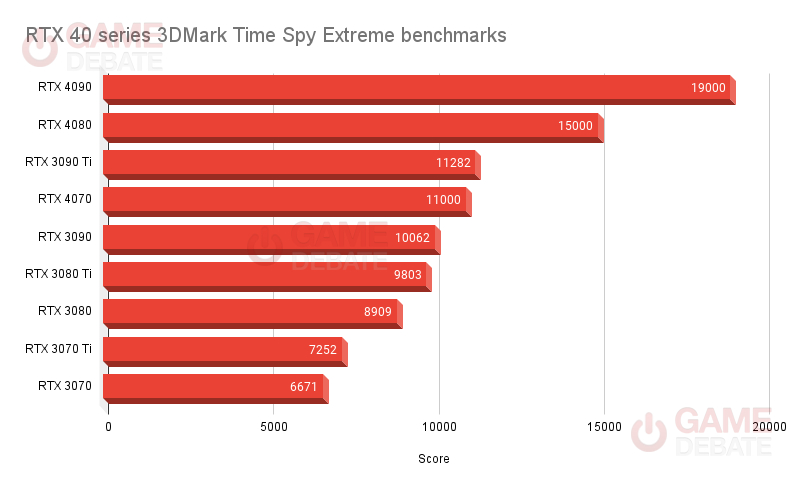 Lastly, the rumor mill has been churning out the idea that Nvidia will be having a pretty small launch this year, due to several factors affecting manufacturing. This means the only GPU coming from the RTX 40 series this year could be the RTX 4090, whilst the RTX 4080 and RTX 4070 are more than likely pushed back into early 2023 instead.

Are the RTX 40 leaked benchmarks better than you expected?

How do you feel about the RTX 4090 supposedly being the only GPU launching this year?

ugh, probably going to have to wait another 12 months for the 4060 to launch at this rate

I can't wait to play 3DMARK Time spy extreme, the single player for it is legendary.