If you’re looking for a new CPU this year, then both Intel and AMD will be launching their next generation of processors later in 2022. As we get closer to launch though, more and more benchmarks are leaking out showcasing the performance uplift over previous generations, and Intel’s flagship is looking like a particular beast in this one…

Of course, the Intel Core i9-13900K has 8 more total cores than the Intel Core i9-12900K, but still the latest benchmark courtesy of the Ashes of the Singularity benchmark results showcases some significant improvements in the Raptor Lake generation over Alder Lake. Plus, it even beats out the top-end AMD Ryzen 9 5950X pretty impressively. 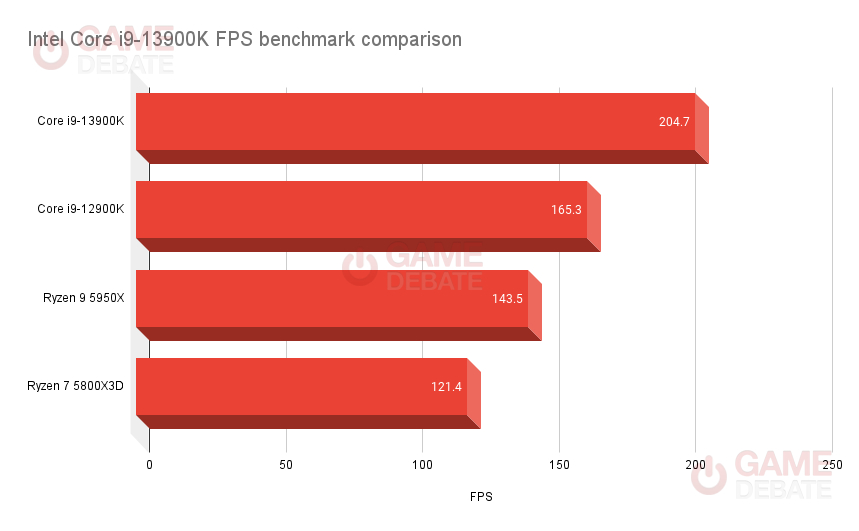 What do you think? Are you excited for the Intel 13th gen processors? How do you feel about the performance improvements above? Are they more or less impressive than you imagined? Let us know your thoughts!

Im really happy with my 5900x, do dont need a new cpu. I will keep a close eye on the new Gpus or just buy the current gen studenti and wont upgrade for the next 4 years

New or used keep your eyes open as a new GPU series get first shown off then the retailers and second hand sellers will start mass selling. That is the opportune time to grab a new/used GPU.

"but still the latest benchmark courtesy of the Ashes of the Singularity benchmark results showcases some significant improvements in the Raptor Lake generation over Alder Lake." could be a bit more clear but its there

Sure yeah that "game" that everyone plays right? My fellow ashes of the benchmark people?

haha, true. but i think its the only game that has been built or upgrade to utilise 16+ core properly, which in turn to be fair i don't know any other game with army unit counts up in the 10s of thousands

Yeah, if only actual game developers cared/had enough time to actually optimize most of the game from hanging mostly off 1 core. 2022 6 cores have overtaken the 4 cores and yet you see marginally better average/1% lows in 6 core CPUs against something like an i3 12(1/2/3)00. The biggest bottleneck right now are the games themselves.

yeah, this is something im trying to look at in UE5 atm, not getting much answer from the community, though im prob asking the wrong questions

at that point only a few selected motherboards will be able to drive this processor at max power.

They will compensate with more VRM phases, but still I don't care... this is insane power consumption for a CPU.

I was already very excited to see that there are 65W CPUs from AMD that perform very well (of course nothing compared to the highest of ends). For me, a GPU should be max 200W.

The funny thing is, the TDP limit is merely theoretical (take it with a grain of salt), and in most real world scenarios it'll never hit that. For example, my GPU has a 160W default limit. Under bench load, it sits at 120W. I modded the bios, raised the limit to 240W and overclocked to boost speeds (1531MHz). The GPU now doesn't hit TDP limits anymore and reports 140W max under load (of course, spikes are not seen).

To me, it's not really about heat production, even 10 years ago my 65W laptop would heat up the room, it's more about power consumption these days. I want maximum efficiency and maximum performance (or well, the best balance).

I can only imagine these chips adding to the overall warming of the Earth. Imagine how many computers/servers are running around us, generating heat all the time. And we get more and more power turned into heat daily with more servers, more computers, hotter chips...

I know it probably sounds far-fetched to some, but to me it's on the same level as air conditioning. Everyone's cooling their private little box, but have people ever stood next to the heat outlet outside thinking "this heat is being output by billions of ACs around the world"..?

Just something I think about these days.

This is off topic and bit controversial, but I would heavily regulate ACs in most climates over the world. You don't really need chilling 18C in a freaking mall. On top of that it's not really healthy because AC systems are DUMB - Nonstop cold flow of air on the same spot.

When we are at that, ban minable cryptocurrencies. This huge scam did so much damage to the world and it's resources it's unbelievable and people still support it.

If air conditioners could affect the climate, we'd use them to stop global warming. Shove the heating units in the ground, and blast the cold units in the atmosphere. What is truly screwing over the planet is closing nuclear reactors, the only green energy we have and polluting the oceans which produce 75-80% of the oxygen.

I agree GPU max at 200W and CPU max at 125W, IDK what they are doing with these insane power draws. Back in the day the Pentium 5 was cancelled because it would have consumed 150W... imagine the irony