We still don’t have a solid release date for Intel’s upcoming Arc Alchemist graphics cards, but we now at least know they’ll be launching before the end of October, or at the very least one of their mid-range/high-end models will be launching by then, coinciding with the official launch of their Intel XeSS AI upscaler technology…

In the latest technology deep dive from Intel, the team shows off their XeSS upscaler tech running in many of the latest modern titles. The results are pretty impressive, at least in terms of the performance improvements (as YouTube compression makes it hard to identify artifacts in the actual quality).

So how do we know that they’ll be launching by the end of October? Well, Intel XeSS will be debuting for mass audiences with Call of Duty: Modern Warfare 2, which launches on October 28th. And, as “Intel Fellow” Tom Petersen states, the launch of XeSS will coincide with the release of Intel Arc Alchemist.

So how well does XeSS perform then exactly? During a specific scene in Shadow of the Tomb Raider, which achieved 41fps at Native (at 1440p with Max settings and ray tracing enabled) on an Arc A770, XeSS Ultra Quality improved frame rate by 32% up to 54fps. The lowest quality, Performance mode, improved by exactly 100% up to 82fps. 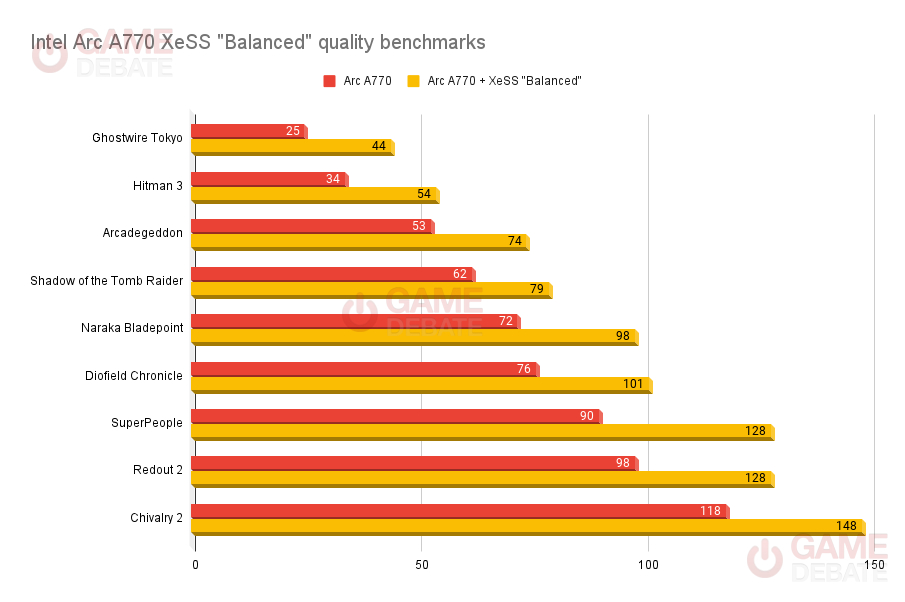 Intel Arc A770 XeSS Shadow of the Tomb Raider benchmark 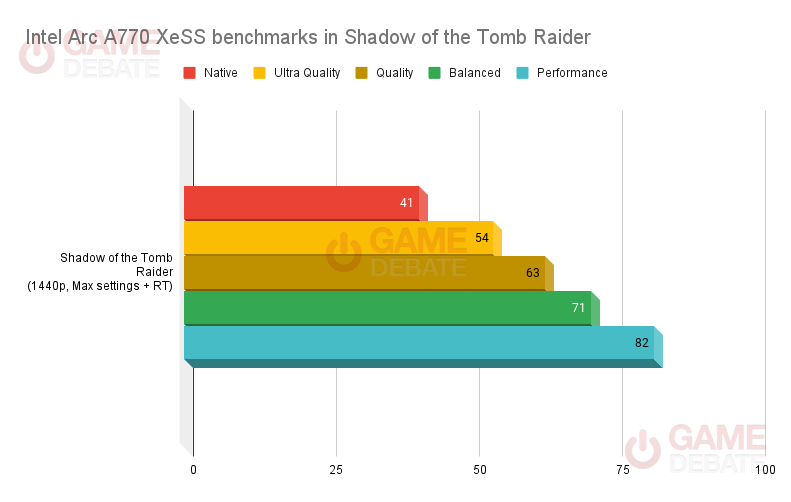 As for how many other titles will include XeSS at launch (either by GPU launch or game release) there are 21 games in total. COD MW2 will be the first game to get official support for it, but some other upcoming titles like Gotham Knights or already released games like Hitman 3, GhostWire: Tokyo, and more.

What do you think of the XeSS performance improvements compared to DLSS and FSR?

I get paid over 💵200$💵 per hour working from home with 2 kids at home. I never thought I'd be able to do it but my best friend earns over 💵10k💵 a month doing this and she convinced me to try. The potential with this is endless. Heres what I've been doing..

I get paid over 💵200$💵 per hour working from home with 2 kids at home. I never thought I'd be able to do it but my best friend earns over 💵10k💵 a month doing this and she convinced me to try. The potential with this is endless. Heres what I've been doing..

I’m making over $7k a month working part time. I kept hearing other people tell me how much money they can make online so I decided to look into it. Well, it was all true and has totally changed my life. This is where i started...

Wow, this is really great. I think this is one of the best blog posts that has ever been written. Your work is of a very high quality. It's very important. wordle game

I might honestly upgrade to this card if the prices arnt bad due to inflation in canada. 30 series cards were suspoed to be under 400 and they are atleast 500 or more so.

Totally off-topic but has anyone seen the asus AM5 x670E itx board the thing looks like an abomination. Half of the board is external/daughter boards (second chipset/audio/sata). You know, a logical person would have gone yeah maybe shoving 2 chipsets worth of IO into an itx board is dumb/expensive...(also the best they could do was 2,5G lan)

So originally their top card (A780) was going to be a 2080ti/3070 competitor. now what they have (A770) will have lower performance and another generation behind. looking at around RTX4050 performance.

Even if their first 2-3 generations aren't the most competitive, I'm glad that there are now three competitors in the GPU market.

yeah but they missed the launch horribly where they could have saved all of us, and gotten themselves massive income and funding for the next gen, even with their worse performing cards compared to team red and green during the mining craze, just how they initially told us

There is nothing to save, they are using TSMC too, so it wouldn't have been extra stock.