On the third day of Consumer Electronics Show 2013, no new smartphones have been announced. However, five interesting tablets caught our attention. 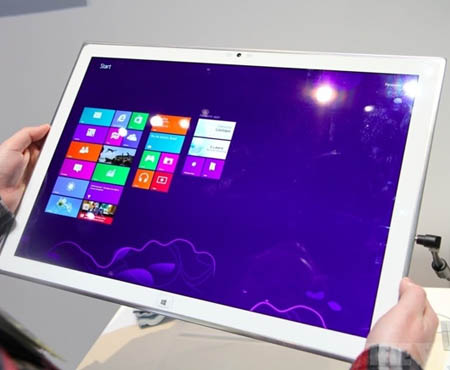 No, it's not a typo. They unveiled the world's biggest tablet with a monstrous 20" touchscreen. The tablet runs Windows 8 Pro, which looks undeniably good on its incredible resolution - 3840x2560 pixels! Here are the full specifications of this beast:

Panasonic says that the device is aimed at designers and architects. Its name, price and release date are yet to be revealed.

The Razer Edge is a Windows 8 tablet with integrated joysticks for gaming. You can find out more about it in an article written by OSUBoarder here.

Polaroid entered the tablet market today with its two new affordable tablets: the M7 and the M10. Both tablets run on Android 4.1 Jelly Bean and have great price-quality ratios.

The Polaroid M7 has a 7 inch 1280x800 display. It is powered by a dual-core processor, has 8GB of internal storage expandable via a microSD card slot and 1GB of RAM. It will set you back only $130.

The Polaroid M10 is a 10 inch tablet with the same resolution as the M7. It has a quad-core processor, a 5MP camera on the back and 2MP camera on the front, 16GB of internal storage and a microSD slot. It costs $230. 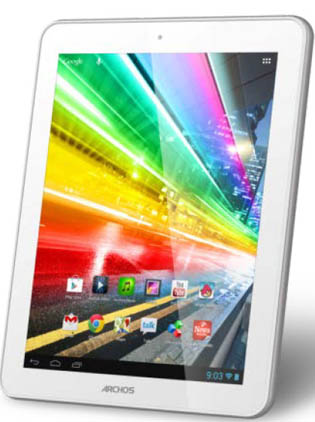 Archos unveiled their new 9.7" tablet called the Archos 97 Platinum. The tablet draws inspiration from Apple's iPad, because it has the exact same screen size and resolution - 2048x1536 pixels. A quad-core processor and 2 gigs of RAM poweer the device and Android 4.1 Jelly Bean runs very decently on those specs. On top of that, the device costs only $330, which looks like a great deal.

That's it for today. Stay tuned for Friday, when I will cover the two remaining days of CES.

seems XHD resolutions and similar will be the future...
...means new reason to upgrade gpu(s) =&#272;

Wonder how 4K would run on my measly GT630M?

That tablet seems wicked cool but also sorta inconvenient. It's practically importable with a battery life of 2 hours and a screen size that big. Also the 720p camera is sorta a disappointment with a screen resolution that big. Either way it seems epic! I'm interested to know what graphics card it has! And also how much it would cost..

You're right, we're yet to see who will carry this beast around, considering its size and poor battery life. They should have made some kind of a battery dock for it.
imagines the size of that dock
Uh, never mind.

like what the article says, it is aimed for designers and architects. and it is also bound to used while plugged in even it has a battery. So i guess i'll go with the archos 97.

Archos 97 looks pretty sexy. I had the archos 4.8 and I must say that I was pretty happy with it...

As i can recall they are making 4k resolution monitors and tv now that is 8MP and this is 10MP just great now when you see 84" samsung monitor with lower resolution then this 20" you just wounder what kind of crappy picture that monitor have :D. Just kidding but really its kinds suspicious.

Actually, I prefer the resolution of that Samsung TV (even though it's lower) because it's 16:9, which means more video-friendly.

Man this will be good for GPS navigation just put in front of you and dont look outside :D. Tho really its great a bit too big but great i dont think i saw monitor with that resolution out on sale and now all of a sudden tablet with 10MP screen. Well now if i think a bit there isnt 1 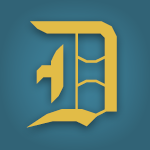 That's not a tablet is a portable screen, looks great hope to see you soon in the market. Panasonic Great job hope to see more stuff like that.

It seems that Panasonic confused "tablet" and "table"

Aahhahaaa, indeed they did :D

Well it will be pretty tiny to eat dinner on and for sure pretty expensive ;) So i suggest that you stick with your old one ;P 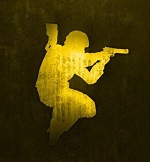