The Future Of THQ Properties 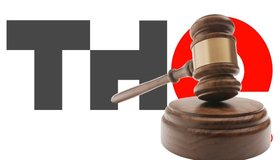 THQ have unfortunately met their end, and the new owners of their different assets are making public what is to be expected of the IPs that are yet to be released.

THQ CEO Brian Farrell and Jason Rubin, the president of the publisher, have stated their opinions about the dissolution of the company.

In a recent interview with Game Informer, Jason Rubin said: "All of the titles in the portfolio now have the potential to be the great games they should have been. And now that the THQ auction is over, I can also say that the majority of them have found homes and will ultimately reach their intended audience, the core gamer." Rubin is confident about the future of THQ's previously owned properties, and finds comfort in gamers getting the long awaited games they deserve.

Brian Farrell expressed: "While we had hoped that the restructuring process would allow the company to remain intact, I am heartened that the majority of our studios and games will continue under new ownership."

Their assets are now distributed between many big time publishers, but there are also indie developers interested in some of THQ's IPs. Team Pixel, an independent studio, is trying to snatch the rights to Homeworld, a game franchise under control of Relic Entertainment. Despite Sega having acquired Relic in THQ auction, it appears that there is the possibility of Homeworld being bought by Team Pixel, since the Court is yet to approve the sales. The Indie team has launched the Savehomeworld project on Indiegogo, which will give them the possibility of getting their hands on the franchise.

Koch Media, the company that bought Volition, will take over Saints Row franchise as well as the rights to the Metro games, publishing titles under the name of Deep Silver. Koch Media trust they will do a great job with their recently purchased goodies. Klemens Kundratitz, CEO of Koch Media responded: "Koch Media welcomes the addition of these magnificent franchises to the Koch Media family of entertainment properties. With more than 200 games on notable platforms globally, and its proven success creating renowned franchises like Dead Island, Deep Silver is perfectly positioned to lead these brands into the next generation of interactive entertainment for fans around the world."

Vigil Games studio, which wasn't bid on during the auction, seems to have a potential buyer: Platinum Games, the developer team behind great Hack and Slash games such as Bayonetta and Metal Gear Rising: Revengeance, have shown interest in Vigil.

Haydn Dalton, Lead Designer of the Darksiders games tweeted: "There was a shimmer on a slither of hope, that at one point, there'd be a Darksiders III: 4 Player Co-Op; It rode off into the sunset today." Being a big fan of the franchise, I have to say I'm personally sad to hear this, knowing that there's a chance of the studio disappearing, and a bunch of talented people losing their jobs. The good news is that a worker of Platinum Games tweeted back to Dalton, seeking for the team to contact him back. Atsushi Inaba, Executive Director to Platinum Games had one of his tweets translated and the result was an interest on the rights to Darksiders. Nothing concrete is known right now, but the rumor mill is turning.

In turn, Take-Two Interactive purchased the rights to Evolve, a game in development of Turtle Rock Studios. Little is known about Evolve, other than it must be a game with potential, since T2 Interactive put forward $11 Million dollars on the bidding for the title. The shooter is said to have a release date approximately around April 2013, although it wouldn't be a surprise if that changes, due to the owner rights transfer.

South Park: The Stick of Truth seems to be static on the originally planned release, although now being owned by Ubisoft, along with THQ Montreal as a whole. Ubisoft is working on a thorough evaluation process, in order to figure out how the THQ Montreal staff addition to their ranks will pan out.

Uncertainty about the properties that weren't sold in the auction has arisen, as Jason Rubin has declared: "There will be a separate process to sell off the back catalog and IP. That process will take place in the coming weeks."

Sad days for the gaming industry most definitely, with the dissolution of such a big publisher as THQ. 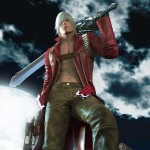 Koch Media got its hands on one of the most famous games of THQ Saints row. So I think it is the sad demise of such an entertaining game.

I hope this doesn't effect COH 2. I was never particularly fond of the original COH, nor it's expansions. But I thought COH 2 looked good, and was actually really looking forward to it. And Metro Last Light. They were a company that published some really good games. And of course, some not so good ones. All in all, they were a great company, and I really hope this doesn't screw over their great titles. This comment was made while listening to Mass Effect 2 Suicide Mission. If this comment sounds overly dramatic, then that is why.

I will miss you THQ, I hope these awesome potential games don't get ruined by the people who bought them

Yes yes yes! homeworld ressurection! Now I can say die THQ in hell for stupid ideas about warhammer 40k mmorpg and other crap
If homeworld and company of heroes can go on there is no problem for me

I knew THQ was in trouble, but I kept hoping they would survive. I'm very sad to see this. They were one of my favorite companies.

The loss accumulated over the years was just too much in the end..
I'm sad as well. Though it's properties where auctioned, it was still theirs. That would have been very sad for them as well. Seeing something they created over all those years, gone just like that.
I was actually hoping if any of the Major guys out there - Activision, EA, Ubisoft - would buy THQ whole. There were benefits that way..
Just wish all the unfortunate people who didn't make the cut a bright future. They deserve it. 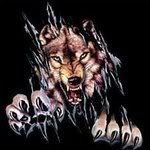 I think Jason Rubin said that Vigil was closed because nobody bought it.

Yes, just yesterday. For them not to be picked up and then laid off,.. a "travesty".

So it appears, regardless, the Darksiders franchise is still purchasable