Capcom has revealed how much the PC-version of Resident Evil 6 will cost, due for release in March.

Alongside this Capcom has released some general info about the game...

The digital PC-version of Resident Evil 6 will cost 30 euros, and will be released together with the retail-version on March 22. The PC-version will also get an exlcusive mode called 'The Mercenaries: No Mercy.'

The new mode is a harder version of the current 'Mercenary mode', however with the following addition: "more enemies on a screen than ever before". This may result in higher high-scores than on the consoles. You will also be able to play Ada Wong's storyline from the start, in singleplayer and/or coöp mode.

March is not only the month of the PC, as the consoles will also get a new mode in this month; 'Siege-mode'. The Siege Mode is an online multiplayer mode, in which two to six players have the assignment to either protect an inexperienced cop or try to kill him with monsters. The mode will cost 320 Microsoft-points or 3.99 euros.

Are you looking forward to March 22?

That's around 1650 pesos in our country which is good!

yessss . in Romania it cost around 30 E!

in terms of indian rupees 30 euros means 2160 rupees wow its under my budget ;)

But 4320 Pakistani Rupees are too much for me man. You Enjoy

Oh that sucks u should wait for the price drop

wAITING IS lIFE ITSELF

Wow, this is actually cheap.

Definitely, that's why it's a must-buy ;) 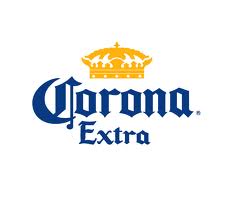 I can't even remember how many times I've said this;
"We're all entitled to our own opinions" ;)

I can't even remember how many times I've said this ; "Everyone Has His Own Choice" :D

Were all the other Resident Evils more of a movie, rather than a game?

Its considerably cheap but i wont buy since i bought 2 games so far and a gpu.I can buy one more game for this year and i will buy gta

Sweet, can't wait for this :D

sure i but it

I'm not buying any game that features GFW-Live. I played some of the PS3 version and didn't like it. The QTEs and insta-deaths turned me off.

Sadly, Crysis 3 is going to take priority over this game.

Interesting i think i gonna get it for PC

Aint nobody got time for that.