Dead Space 3 is scheduled for February, and story DLC is already being talked about by the inside team.

In a recent Dev blog,  Executive Producer of Dead Space 3, Steve Papoutsis talked about some details of their game, besides the recently discussed microtransactions system...

He starts on the different game modes Dead Space 3 will feature once we beat the game for the first time. The now common New Game + allows us to start a new game with all the valuable stuff we were able to obtain through the first run. This in turn will without a doubt result as a small advantage, unless the second time around Necromorphs are even more vicious. A single player exclusive mode called Classic Mode, which will limit players to old fashioned aiming; I suspect no crosshair, and excluding the new weapon crafting. Pure Survival Mode will heavily rely on crafting, since Necros won't drop health or ammo, but instead only parts of items which will be used on crafting benches to make your own med packs and bullets. Lastly there's the Hardcore Mode, where you only get one life. Fell off your chair of fear from a nasty Necro jumping on you? Better get back to your keyboard before you get your face eaten, or that's game over for you. Papoutsis kindly suggests "Make sure to wear a clean pair of boxers when you play". 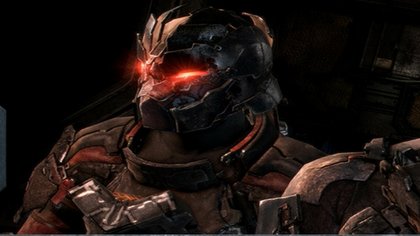 He then goes on to write "And the team is hard at work on a top secret additional story that will be coming in a few weeks. We're not saying much, yet - but think "disturbing" to get your imaginations going." Well my imagination makes me picture a back-story DLC about John Carver, explaining his relationship with the whole Dead Space universe, how he got to Tau Volantis and the reason of his now revealed dementia.

I personally have my doubts about the horror theme going on Dead Space 3, one of my main concerns is Unitologist soldiers now joining in to face Isaac and Carver. I can't imagine how firearms would fit along with the horror elements that characterize the franchise, or at least has been up until now.

In a recent interview, Dead Space producer John Calhoun was questioned about the very same thing, to what he went ahead and answered: "No it’s not an action game, a lot of people ask us that." Well no wonder, what has been shown hints towards what appears to be a bit of an action oriented game. "It’s just that the game is so long, it’s about twice as long as Dead Space 2 so we just have so much content that we’re just showing the high action moments but as you've seen in the demo your fighting on the Luna colony and you’re using military weapons because that’s what Carver gives you".

Developers have constantly stated that Co-op will contain some extra info and/or content that the Single Player will lack, although Calhoun says it's not fair to say the story overall is completely different. 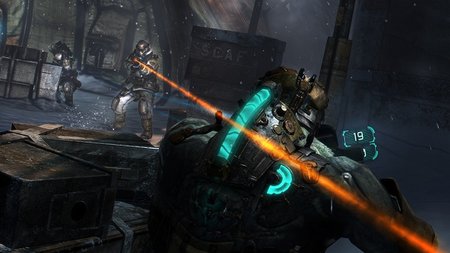 Papoutsis also cleared some things up about the PC port of the game, since lately there have been noise about it being shoddy and lacking what PC gamers might expect from a triple A PC title. He says: "[The PC] by no means any less important to us; it gets a lot of attention. The PC is a very different platform. As developers, you want to deliver an experience that's as similar as possible on different platforms." Well, I would certainly like my PC to detect when I'm cursing and to see Isaac react in certain ways, but frankly it's not fair to compare my rig with the Kinect capabilities that Dead Space 3 will take advantage of.

"It's a confusing question and I hope my answer brings a little bit of light to it. We seem a little bit discredited for the amount of effort that goes into it, quite honestly." He adds, regarding the uncertainty surrounding the PC version of Dead Space 3.

What are your thoughts about Dead Space 3 for PC and the upcoming story DLC planned? Make your voice be heard in the comments below.

nothing new except the frozen planet

I see what you did there ;)

Great article Ray. I will be posting my FPS for this game, but not until Steam or Origin has it on a greatly discounted sale. I am not supporting the ideas of day 1 DLC unless the game is gifted or discounted :)

Thanks man! I feel you, story DLC sounds interesting but damn, $10 for content that could have been there in the beginning, well. At least Dead Space 3 is said to have at least twice as much content as that of Dead Space 2

I hate modern days... Games aren't even released yet and they're already talking about DLCs :/

I am with you on that; I feel the publisher is ripping off the consumer. Why not tack on the extra content and unlock it by beating game on a difficult setting? I miss the days when we, the gamers, were rewarded. Now we are throwing extra (and sometimes limited) funds to games that are taking advantage.

Excellent opinion, I'm with you! :)