Tribes: Ascend, the well received sequel to the original Tribes series, was released last year as a classic Microtransaction game.

Recently though, Developers Hi-Rez studios halved all the XP (in game currency) requirements for unlocks, and are now introducing a Pay once Get everything model...

Many people thought on release that the Exp costs for unlocking new weapons and classes in the game were too high; the problem was worsened by some of the unlockable weapons requiring less skill to use, but being just as deadly. However, the game was still unique enough that it attracted players.

This new announcement however is a startling change of pace for the industry - in the past, we've always seen games go from charge on release or subscription to a microtransaction model - for example, Lord of the Rings Online. The fact that we're now seeing studios taking a game, designed from release as free to play, and adding a full purchase option to it is telling.

The game will reportedly be on sale in full from this Friday (15th Feb) and will cost around the same as other commercial shooters; So around £40, at least until a Steam Sale comes along. This will unlock all weapons and classes, but not the cosmetic skins or voices.

Are we finally seeing the peak of the microtransaction model that has overtaken studios recently? Or is this just a branching out, similar to the optional purchases in Dead Space 3? 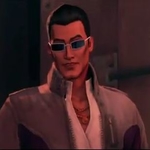 It's great that they're still keeping the free to play model. :)

Pretty enjoyable game but in my opinion it's not necessary to pay anything and still own some noobs ;)

Thats like trying to compare a car to an ariplane, THEY ARE TWO COMPLETELY DIFFERENT GAMES 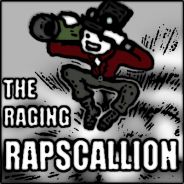 I'd rather play Fallout 2 than this...
I think we all got the point :D