"We've got our publisher's PR crew here today. Maybe I should shake them up a little bit and leak something just for the fun of it." Christofer Sundberg, Avalanche Studio founder said in a Tweet.

Nothing like irritating your own PR department, and apparently, this wasn't an idle threat; Christofer delivered...

A few minutes later he uploaded an instagram picture, saying:

"We're making awesome games at #avalanchestudios! This year will be awesome! #yearoftheavalanche".

The picture, below, has caused a fair bit of speculation - what is that man holding? If it's the iconic grappling hook, then the game being worked on is almost certainly Just Cause 3. Of course, the studio are also known to be bringing out another Mad Max game, so who knows?

What do you think he's holding? Some people think it might be a hammer or a wrench...tell us below! 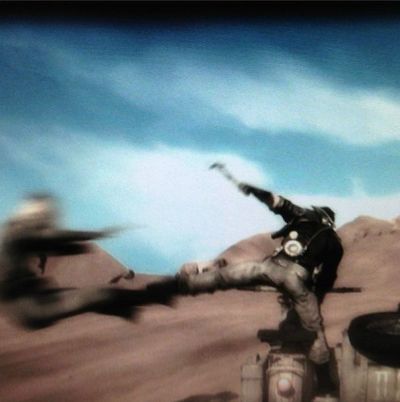 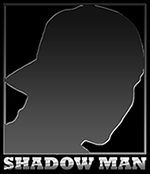 It looks like Mad Max..The motocycle and the costume made me think that.. 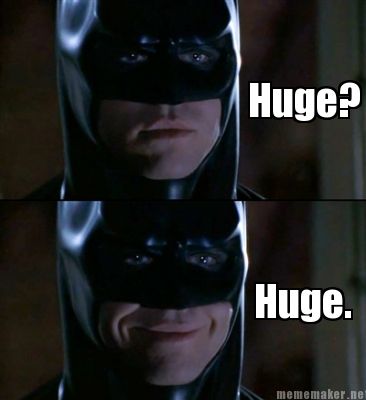 Yeah that would rock! :D

I'd love another Just Cause game! I played JC2 for hours on end and if it does turn out to be JC3. If it is Mad Max, thats cool to

By the cloths, i think it looks like Rico, plus the grappling hook, it must be JC3

I wonde what new things will be added... hopefully an easier way to make money after endgame besides race spamming XD

That would be brilliant! I had to make a new game save because my last one I couldn't get anymore money!

I know the feel XD

It could indeed be either game, although just judging by the clothing and environment, I'd guess it's Mad Max. We'll have to wait and find out though!

If they just did JC2 with a better combat system and more life in the citys and villages, the game would be my game of the decade!

Well that's your opinion too dude :)

'I wonder why you have a bad reputation' He says sarcastically...

Hmm... I wonder what happened to the text on the screen.
.
There should be tutorial text at the bottom of the screen that says, "Press the X button to fart."

then what happen to guy? blew away because of fart? lol

I'll bet this is Just Cause 3, and the setting has been moved from a tropical climate to the desert.
.
I don't think Avalanche would want to walk away from the popularity momentum JC2 is enjoying at the moment by developing another game that is NOT JC3.

Whoa looks good :) I was very disappointed with JC1 and JC2 :/

I thought JC1 was one of the worst games I ever played. JC2 was WAAAAAY better.
.
Funny story about JC2: I had put about 12 hours into it on the XB360, and my save file got corrupted. 12 hours of JC2 went bye-bye, and I have not played the game since (even though I eventually got it for the PC). I'm sure I'll pick it up again one day.

wow, i think all of the just cause series is good! never really taken the story seriously since you got all action in whole game ;)

The gameplay mechanics of the first game were so bad, I could not play it.

Just Cause in an apocalyptic setting? :O
I think I just came, brb gotta change my underwear...

:D :D A little too much info there!