Zombies are becoming the mainstay of modern games; almost every FPS out there has a Zombie Mod. Vampires, however, are still somewhat rare in gaming (possibly due to the recent popularity of the sparkly variety).

Well, we like real vampires that dont sparkle, and we definitely like saving the world from them. Good thing we have the early Incredible Adventures of Van Helsing System Requirements then isn't it...

Early Van Helsing system specs were passed through to us back in November by our buddies over at Neocore, the indie dev studio responsible for this title.

We are advised that a quad core is not necessary. The system requirements above are those that would comfortably play the game. Van Helsing is still in late development, and there still might be further optimisation before the game is released.

To give you an idea of The Incredible Adventures of Van Helsing, you play as a badass vampire hunter in a top down point and click, similar to Torchlight 2. There are lots of character customisations to fine tune your games development.

We decided to run a few benchmark tests on this build of Van Helsing to give you guys an idea of what sort of performance you can expect from two ends of the gaming PC spectrum.

Van Helsing is going to be available on PC and XBox 360, we have been informed.

Bare in mind that the build we have been using is not quite the finished version, although it did feel pretty much complete in terms of gameplay.

We decided to use our low end onboard graphics PC to test Van Helsing on lower specced PCs. 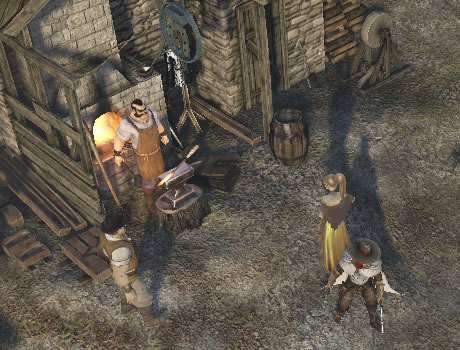 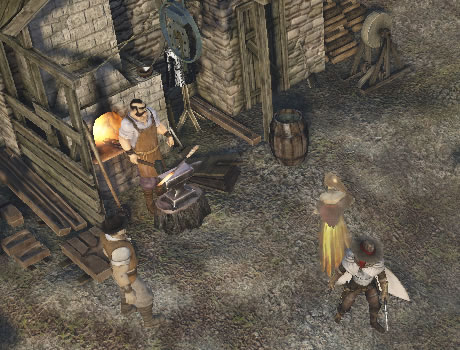 The main difference you will notice is that characters have shadows in the Very High Settings version. Turning the game down to Very Low graphics setting does not significantly hamper the games look. It is a top down isometric game and so only some of the subtle special effects or exaggerated death animations might be missing when played on Very Low, but otherwise the game runs fine at this setting even with the onboard Intel HD 4000 graphics solution.

Van Helsing allows you to customise all the settings so you can turn on some parts of the animations if you feel your GPU can handle it.

Neocore have also put together some other solid titles over the past few years, namely King Arthur and its sequel, King Arthur 2. Both of which give the mighty Total War franchise a run for its money. We recommend you take a look at those titles if that sort of game is your sort of thing.

Lol @ "King Arthur and its sequel, King Arthur 2. Both of which give the mighty Total War franchise a run for its money".
One does not simply compare other RTS games to TW series!

Yeah I agree with the Total War comment by Symphona. He is not saying King Arthur 2 beats any of the Total War series in a head to head, but I think it is incredibly healthy for people to understand possible options. King Arthur is a good fantasy alternative to Total War.
A link is in the Van Helsing article above to the King Arthur 2 review and it is all explained in there.
It is an achievement especially knowing that the Indies at Neocore are not backed by the powerful SEGA (like the TW series is) and yet they still pull out a game like King Arthur.
As always GD is just trying to help broaden our minds and Symph does a great job of mentioning some of the other titles that Neocore have developed when considering what to expect from the depth Van Helsing might offer.
We are not saying Van Helsing is good or bad at this point, we will have to wait for a review closer to release date for that conclusion.

Can I play it on medium with my resolution?

You should be able to, no AA

The graphics don't look so great from the screenshots, particularly according to the requirements :/

I'm guessing V. High with my current res. Or High?

I'd go with very high, but wait till the game comes out, lot depends on the optimization... Examples: Ac3 and DmC

Yeah. We can never be really until the actual output is released :) Thanks, dude!

My rig runs this smoothly with 60+ FPS even with 'Multi-GPU Optimization' on :D

Is it out already?

They pre-released it for people who have 1000+ thumbs.

Epic response Divayth ;)
No it's not out yet, I have the Preview version :)

Already in my Steam, sorry ^_^

I can Med this right?

Will I be able to run it?

I've played both King Arthur and King Arthur 2.
And to say they give Total War a run for its money?
I just can't agree on that.
The role playing aspects were a nice touch, but I'd sooner describe them as "a cute attempt".
The managing abilities, the large scale battles on the battlefield, the epic sieges and the graphic detail of Total War are just way too much fun for King Arthur to really pose a serious threat. But that's just me of course.
Talking about the actual Van Helsing game now!
Those seem like pretty steep requirements for what seems to be a pretty simple game graphically.