By now, I'm sure many of you are wondering how the whole “Assassins on Pirate Ships” will actually work.

After all, the hallmark of the series is the fantastic freedom of freerunning...

Well, I'm here to assure you that if anyone can pull it off, Ubisoft can. Firstly, there are around 50 Unique locations in this game, mixed between the English settlements such as Kingston, the Spanish settlements like Havana, as well as the pirate settlements, including the famous Nassau. On top of that, there's small fishing villages, forts, plantations, and even ancient Mayan Ruins to explore.

The main aim of the game is to be seamless. It is perfectly possible to be sailing around, find an island you want to explore, anchor up, dive off and start exploring, without seeing a single load screen. In the same way, attacking other ships is seamless, from spotting them with your eyeglass (a handy tool that gives you information on the ship you've spotted, including probable loot type), running them down, and initiating boarding actions.

Once you've boarded a ship, your crew will take the fight to them, and you have the freedom to attack how you like; maybe climb the rigging and do airborn assassinations, or shoot them from your deck, or even swim around behind the enemy ship! Your crew is your lifeblood however, and the longer you take the more crew you will lose, so get assassinating!

The loot you get from robbing ships or pillaging plantations and the like can be used to upgrade your ship, helping you take on larger vessels which hold even more Plunder! As well as merchant ships, enemy warships may be acting as escorts, or guarding certain areas, so you will have to upgrade in order to progress through the game.

The gameplay we were shown looked very polished, and very Assassins Creed – Fans of the series will not be disappointed!

Read the rest of our coverage on the Introduction, Design, Gameplay and Characters of Assassins Creed 4: Black Flag.

I wish there is no optional and 100% synchronization because they were annoying as hell.

They were very enjoyable :D They give you more challenge and you are not obliged to do them. I think a rewarding system for them will make them more competitive :) 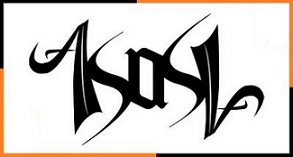 You can choose not to do them if you want.

Yeah, but sometimes it feels as though the game is laughing at you, saying: 'You've wasted 40 bucks on me, and you can't even play me properly.' Or maybe it's just my own insecurities.

Actually not being able to do the full synchronization requirements means that you lack the ability to do them not anything offensive about the game. To someone who really lives the game as a true Assassin, he will feel bad that he cannot finish these things which in sequence leads him to play again and again to finish each mission's requirements :D

Well, I did finish the main missions 100 % in Brotherhood, Revelations and AC 3. I didn't bother with a lot of the added stuff in AC 3, though. It was too frustrating - I was really, really bad at naval missions.

Naval Missions were really amazing to me :D Though I felt they were so easy :D

There was one mission when you had 8 trade boats to protect against 4 war frigates. This one really I suffered through it xD!

No loading screen mid game ,cool.
I wish we have to do more pirate stuff and less ship driving.

You will have an open word which means you are free to do whatever you want :D

must be nice to explore mayan's ruins....
reading the apocalypse prophecy along the way XD

I'm quite looking forward to this. In all honesty, the Ezio trilogy was way more action-oriented than the first game, and the third game improved on AC stealth very, very slightly. The addition of crouching in grass was great, but the game was clearly based around more violent play. So, I content myself with enjoying cool armor and historical settings. It's still good. Not AC 1 good, but still.

AC1 wasn't as good as AC2, and Ubisoft have always tweaked the gameplay, looking to improve the game, and they've succeeded, to a certain extent. I just hope the game is they optimized the game better, and it has less bugs than AC3 :/

There will sillent kills Tero my friend :D
IN that trailer with blackbeard at the end when Edward kills that guy and takes the lady,he killed that guy with hidden blade(which is created for sillent kills,air assassinations and cool stuff like that) so I'm 200% sure that there will be sillent kills =D &#60}

Don't worry Tero at all! They said they are recreating the elements of stealth in the game from scratch. Stealth will be present but in a different manner. They will change how you are going to be detected, etc! I wish we will be detected only in a 2 seconds not that alarm bar :D It will be more realistic and impossible to play :D They also claimed that you can choose not to play in stealth but then they said "Good luck playing without stealth" I really want a difficult game :)

No! Now you've inspired someone, and it'll happen!
What have you done?!

I am, amazed, to say the least... When I first heard about Black Flag, about a pirate assassin, I was like, "Meh, they're drifting away from the main AC, the streets and free running and all. But it is obvious that they have worked quite a lot on this, and made the transition from pirate to assassin, "seamless".... I really hope they pull this off, cause of they do, this may become better than AC2.....

Spoken well indeed, wish there was an option for more thumbs ups since I gave mine to you long ago :D I really feel the same and to have a game without loading screens, that is something to tell for years to come :D

Ah, how gaming has evolved (Still waiting for the holograms though) :D

YEAAAAAAH I can't believe my eyes. This game never stops developing to the best and the best. They clearly know no limits :D Now we have the two first games with no loading screens. Assassin's Creed IV Black Flag and The Witcher III Wild Hunt :D

The game play looks just like all the others, but with more guns, I am looking forward to the guns ;)