Many of us at GD Towers have played either Dungeons and Dragons, Neverwinter Nights, or both, and generally enjoyed them immensely.

It was wonderful luck when we got a chance at the beta for Neverwinter, the upcoming MMO. Not only is our Preview available here, but we have the Neverwinter System Requirements just for you...

Being an MMORPG, the game of course does need a broadband internet connection. The requirements aren't too strict for an up and coming game, but some older PC's may struggle.

Neverwinter is based on the 4th Edition rules for Dungeons and Dragons, which although somewhat maligned as part of a tabletop RPG setting, seem to work wonders in the MMO industry. We've been playing the game in the latest closed Beta, so head over to the Neverwinter Preview to see what we thought!

Are you interested in a new MMO? What do you think will make you pick this over The Elder Scrolls Online?

“Unless someone gives the game away at some point, this is one game I most likely won't ever play. N...” - NeoPGX

looks good, never played one before, there is always the first time :D 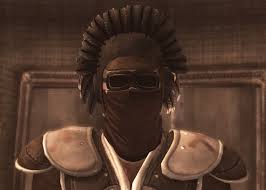 im gonna give this 1 a shot...hopefully it will exceed my expectations..

After playing most MMO's on the market, i can safely say this will be "ok"
I don't see it being more popular then The elder scrolls though, i've recently stopped playing wow (again) to wait for teso and freshen up my gaming experience by playing fps games in the meantime, don't get me wrong, this sounds ok, i'll give it a go nonetheless.