Free to Play games are a dime a dozen in todays market, and although it's easy to feel overwhelmed, you can always try them out before you sink time and money into it.

OSUBoarder has picked up one of the newer unknowns, Warframe. Lets see what he thought as we hit day 91 of the 365 Days of Gaming...

So many games today seem to be built a multiplayer that pits you against other players online. Sure they place you on teams to fight against one another but there is not much actual team work and coordination involved. Some games, like Left 4 Dead, have done a wonderful job of creating a co-op multiplayer that makes you really work together and cooperate with you teammates but there are few games anymore that really create a good co-op atmosphere. Today’s game is one that attempts to return to the cooperation that made games of the past great.

Warframe is a free to play game developed by Digital Extremes which has in fact just been released on Steam. The game is a third person shooter that has you play with up to three other players on each level in an attempt to pass them. 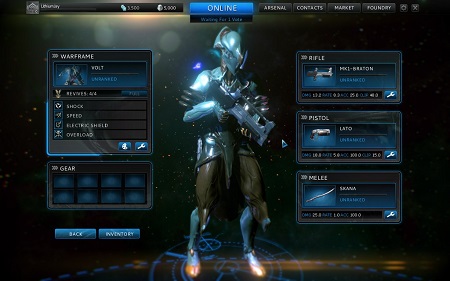 As you start the game you are given a brief history of the race that will you be playing as, called the Tenno. These are descendants of an ancient race of warriors on earth. A great war erupted that killed off most of the Tenno and those that did not die were frozen cryogenically, only to be awoken centuries later in the midst of a new war. The enemy is a faction of militarized humans out for Tenno extinction, called the Grineer. They are all really mass produced clones that are genetically more inferior each time. Thus they must use archaic technology in their war attempts. Though there are a few other enemies that wish to see you the player dead, the Grineer are the main threat. You will face a variety of humans from the infected to the heavily armored. Your mission will be to stop the Grineer from spreading throughout the solar system. You will not be alone in this fight however. An ancient power called the Lotus will guide you and look after you throughout your journey.

After going through the tutorial you are shown a map of our solar system. Each planet with the exception of Mercury is initially locked and to access them you must work your way up, both in the levels and your rank. Each planet has a number of different missions to complete and the objectives change from level to level. There are currently seven different game types including Rescue, Raid, Extermination, and Capture; all of which are pretty self-explanatory. Each successful completion awards you money and experience which can be used to purchase new skills and weapons. The cool part was that many weapons require a certain level before you can buy them so you cannot buy outside of your skill range. Each weapon itself ranks up, thus allowing you to make them more powerful, accurate etc. You carry a main weapon such as a rifle or shotgun along with a sidearm. For a melee weapon you start with a katana like blade but can also equip hammers, axes or even dual wielded swords. You can also find ammo, upgrades and armor in lockers and hidden caches in each level. Though you can use micro transactions to purchase gear, you can easily make it through the game without ever spending any real money. 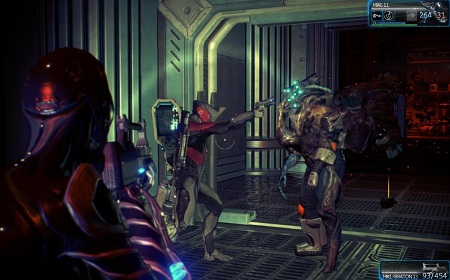 The overall impression of the game was very good. I liked that you could actively work with other players on each map but you could really end up with a different team as you progressed if you wanted. The teams were decided match by match so you were not playing necessarily on the same server/ game each time. If you want to keep the same team however, you could do so. When I played there was never much communication between players, at least in the spoken sense. It was generally pretty obvious what everyone was trying to do though so there was little confusion. There are three different classes of playable characters, each with their own special powers and abilities. In theory you can coordinate your powers with each other to effectively attack the enemy, much like you would in Mass Effect. Actually, this game reminded me a lot of Mass Effect without Shepard and the constant alien lovin’. It did not seem that there was a cover mechanic, which seemed weird for a third person shooter, but it did not make a huge difference on the gameplay. The early levels are incredibly easy to pass and you could easily pass them by yourself in the solo mode. It became a little more difficult as time went on though I cannot speak for end of game levels.

The game uses the Evolution Engine made by Digital Extremes of Bioshock and Unreal Tournament fame. The game looks pretty good and runs rather smoothly but there were a few times when it would lag. Player characters had a tendency to jump around which was only an aesthetic annoyance and did not adversely affect the gameplay. When there would be a lot of movements and flashy effects on screen it would also lag slightly but much of that is because of my graphics card and not so much from the game.

This game provides compelling gameplay that highly encourages players to work together to make it through each level. There are different classes to play as so that powers can be balanced and used in compliment with one another to bring down larger enemies. The upgrade and experience system works well for a free to play game and the transactions do not turn this into a pay to win game. I would highly recommend this game, especially to fans of the Mass Effect series as it was similar in gameplay and various other elements. You can download the game from Steam or from its main website.

I previewed the beta ;) 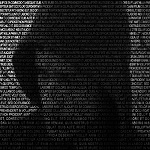