Rumours have gone over the internet containing (unconfirmed) information about Blizzards upcoming MMO; the successor of World of Warcraft with the project name 'Titan'.

An employee of the Titan fan-site claimed to have spoken with a developer at Blizzard about their new game...

He states that historic events on earth would be central in the upcoming MMOsuch as well known Viking, Greek and Roman legends.

Some very detailed information of what you can expect to do and how you will do it is also explained. As said earlier, stories of multiple hostiric groups and civilizations would play a big role in the lore. Next to that, time-travel is said to have a prominent role in the game. Time-travel has recently also been seen in the World of Warcraft dungeons, such as 'End Time'.

With the major success that is World of Warcraft, Blizzard is also said to include a lot of Warcraft elements into the game, mostly in the form of easter eggs; but also possible lore-characters that could be present in the new MMO.

Furthermore, Blizzard is said to have hired professional writers to help with the story, such as R. Knaak, who also helped with the Diablo lore and wrote 'Dragonlance'. Furthermore popular myths should make an appearance in the game.

The rumours also described multiple gameplay elements. The player would have the ability to wield many different weapons and use a broad viarity of fighting styles. Weapons would range from magic to guns.

As most MMO's, the game will be played in third-person view, but on certain events you will play in a first-person view mode. The targetting is said to be similar to that of World of Warcraft (TAB).

A notable feature would the clan-housing. Player-housing however would not be available. And of course, an auction house will be present in the game. No details of the type of the auction house are given, however. Looking back at the failed attempt of Diablo's auction house, I assume Blizzard would think it over a bit better.

Titan would also be built on a completely new engine. This should come as no surprise, as World of Warcraft is currently almost 10 years old, and whilst the graphics are unique and stylish, they are starting to age.

The graphics would be Blizzard-styled once again, probably in a slight cartoonish way. No further details about the new engine are given, and certainly no requirements. The game should have E-sports support, and will probably have an age rating of 12+.

Finally, the soundtrack is said to be something special and of quality. Each zone should have it's own song, and songs should vary from eachother heavily.

There would be 150 developers working on the MMO, which would more or less confirm earlier rumours. Ex-Diablo III lead designer 'Jay Wilson' is also said to be on the team. The team is still growing, and most of them have their origin within older Blizzard projects. With Cataclysm the core of World of Warcraft's dev team was said to have moved to the Titan project.

The first alpha test would take place in Q1 of 2014. The current only supported platform will be the PC, but other consoles are considered. More details are supposed to be revealed at Blizzard's own event 'Blizzcon 2013', in November.

A bunch of information, especially considering close to nothing was known of the new MMO. If it turns out to be valid is yet to be seen, but rumours seem to be right more often than not lately. Here's the full details.

Are you excited for Blizzard's new MMO after reading this? Do you think most Warcraft players will move over to the new game?

Knowing Blizzard, I am sure about two things about this game: 1. It will be successful game, as all Blizzard games and 2. It will be monthly paying. I also hope this game will be as Classic WoW, then I will surely pay any price to play, because I couldn't p2p Classic nor TBC, and I missed huge experience... :/ 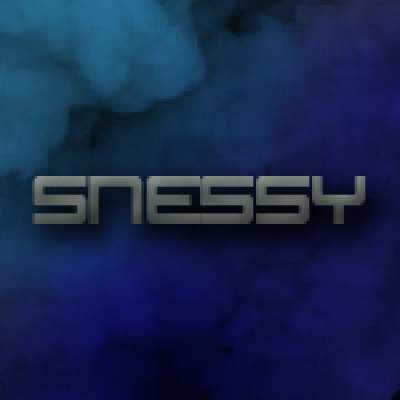 Well, I didn't played it. It looked cool at beta.

I still think it looks like a cool game, but I won't play it because of the auction house.

I'll give it a one month try!
Btw Warmice, on first paragraph of the Gameplay part, I guess u wrote "variety" as "viarity"

Ahh, your right, thanks for pointing that out ;)

I hate MMO's with a passion. Wish Blizzard had made a new RPG instead. An RPG with offline mode :)

I think Blizzard makes great games and even better expansions. The milking part might be (partly) true though.

Blizzard problem is that they didn't continue WoW like Classic, but they made their expansions more P2P than Pay to Enjoy Most Epic Game. :D

Got Guild Wars 2 i'm afraid. Just purchased the game and no subscription :)

Not gonna even try.
Too dedicated / excited for Elder Scrolls Online

Yeah, I'm definitely gonna try that too. I love the TES series, and an mmo is something completely different, so that will be some nice variation :)

I can't wait for The Elder Scrolls Online. Heck, I want to get Skyrim for PC instead playing it on the PS3 like I have been. I am actually glad that it's going to have a monthly fee.

I really, really hope it isn't going to have a monthly fee. I hope they know everybody hates that...

Sorry, I thought I read somewhere that it was going to have a monthly fee. I guess I got that wrong. Tbh, I might not give it a try if it's F2P. Every free game that I have played has been garbage with microtransactions. I would rather pay a monthly fee and EARN my gear instead knowing that some no-talent slacker with mommy's credit card can buy everything I put really effort into getting.

it will not be f2p that is for sure.
I hope it will be b2p so buy the game once and you can always play it.

B2P is just as likely to have microtransactions as F2P.

who cares if they are just cosmetic

I've just had too many bad experiences with F2P. In my opinion they tend to slack off when it comes to customer service and creating new content. Prior to MoP coming out, I think WoW was easily worth the $15 to play it every month.

Though idc if it will be p2p or b2p i will play it anyway.

you don't like mmos?? Well actually even I got bored of them!! real bored....always the same old mythical fantasy theme!!! very rarely there is something new!...I prefer Co-op type games...wat about u?