Far Cry 3: Blood Dragon was thought to be an April Fools joke when it was first teased, but instead has become one of the most unusual games to come from a AAA development team in years.

If you want to get in on the 80's neon action though, you'll have to meet the Blood Dragon System Requirements, so lets check them out...

Not a bad set of requirements all in all, and to be expected knowing the game is built with the Far Cry 3 Engine (hence the title).

In fact, that's one of the amazing things about this game; build using the same great engine, the game is not an expansion; it's a stand alone title that only costs £12.00! That's truly an 80's price to go along with the 80's lasers.

Some of you may have played the game already (tsk tsk), but it isn't technically out until May. Has anyone preordered the game? Are you surprised that a AAA developer is doing something so crazy and potentially risky? Tell us your thoughts!

can i run this?

Ahahaha maybe it is real after all ;D

that would be a nightmare..or would it? 0_o

Ridiculous? I love it :D

any name Containing Phoenix is Awesome!

I have this preordered plus I'm getting a free copy with the AMD Never Settle Reloaded! :D

I'll trade it for something :P

Let's talk more once the game is released, add me on Steam (Tero: GD Legend) ;) 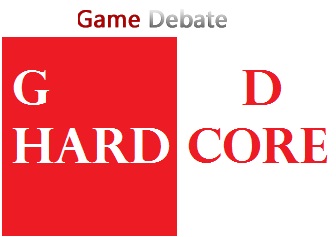 it requires only 3gb hdd?
I WILL MAX IT OUT!
it will not lag
the game is of only 3gb :D

maybe it will lag on med settings on ur rig
:/

Don't go on sizes man. FurMark is less than 10 MB and it makes 99% of the GFX's surrender.

I'm glad they put the price as $14.99 but considering it's all ready pirated and fully cracked before the release, they are kind of forced to.

can i run this

Is that a dragon on the screenshot? There's a real dragon in this game?? o_O

Several, apparently. There are gameplay videos on YouTube, but since they are from a pirated version of the game they were probably taken down already.

that's a dino not a dragon

The game is called 'Blood Dragon', I'm sure this is what they meant by that name.

That is the point of wondering.

Far Cry as in http://en.wiktionary.org/wiki/far_cry Far Cry, not an actual 'far cry'. Same as Blood Dragons as in not 'fire-breathing, flying blood dragons', but Blood Dragons (gigantic lizard-creatures).

thought it was a joke at the beginning.