There have been studies on the topic before, and the numbers are clear: in the best of cases, only 50% of players will finish a AAA game's story.

Often this number is much lower, leading to many devs wondering if it's even worth it...

Cristofer Sundberg is the founder of Avalanche studios, the creators of the rather enjoyable Just Cause games. The series is based on large, open worlds, where the player can roam as they like and can gain score and upgrades by exploring.

It may not be a surprise then that Sundberg thinks the 3-5 months of time the team spent on the Storyline missions were somewhat wasted, and he goes further:

"Why should a game have an end? Why bother about story when all data proves that players don't care? 6-12hrs story-driven AAA games makes no sense commercially any more"

He did of course go on to point at some games such as The Last Of Us, which are primarily story driven, and are compelling enough to encourage completion. His final words on the topic however were reinforcements that although he enjoyed stories in games, he doesn't see them being part of future successful games.

It's an interesting point; AAA games are getting shorter anyway due to the substantially increased effort needed to create the levels and graphics. If they storyline isn't encouraging players through the game, that content becomes wasted effort.

Can a AAA game survive without a storyline though? Are today's game mechanics interesting and unique enough to encourage play without the carrot that stories often become (usually due to unlocking new items/content).

So GDers, what do you think? Are story's important in triple A titles, or can they be ignored? Tell us your thoughts!

They are idiot!!
In 90's ( even now ) people ( including me ) even didn't care about graphics and all , it was the story which bind them with the game.
People can't put their controllers aside when the game has mind blowing story.
Many even stay awake all night just to know the end of story....
Just think about it.

Story is one thing that makes games different from each other.
Like take any fps shooter you can make some changes but game stays mostly same.
It's story that pulls you into game and makes you play their game

Story is my Favorite part of video games. Must be why I am in love with the Metal Gear franchise.

I prefer long, open ended gameplay, but like in the way The Elder Scrolls does it...there's very obviously a main story and a conclusion to said story, but the adventure doesn't need to end with that. Some games are better with a conclusion (e.g. Tomb Raider) and some without. When it really boils down to it, it just depends on the game...a GOOD game shouldn't be able to be completed in 1 day anyways...

I'll admit... games like GTA, Skyrim, Just cause etc, I never do the story. I just want to do what I want in the big open world.

Doesn't context mean anything, though?
Doesn't it get boring just traipsing around blowing things up after a while if there's no motivation or consequence? That's why story is so important.

every single quest is kinda story:&#272;

OK, I don't think I have ever played a good game that had no story to it. Story is the best part of the game. If they took out the story they would basically take out the entire purpose of playing the game. A story is what makes a game, take that out and your left with an empty shell that has no meaning to it.

Look below, my reply to axelrod ;)

I agree, yet disagree with him, I agree because for some games (like Just Cause 2) the story isn't that important because there is sooo much more to them, however, that being said, i disagree because for some games, the story DOES matter (that's the only reason I played some of the CoD games, the campaigns were really good), because there isn't much else to them, it is all a matter of how much is put into the game. NO story is bad, though.

a game isnt a game with out a story.

What about some excellent games like DayZ or Gran Turismo 5? ;)

Leave them out :P

A sandwich isn't a sandwich without Miracle Whip.

Allow me to elaborate the story is the "bread" that holds the mechanics content character development etc. together (except for games like garry's mod GT5 etc) without the "bread" it would like a salad with ham, delicious,but definitely
not as satisfying as it would be as a whole sandwich :D

There's a diffenrence between not mattering and not being buisness important. Sure most players don't care about storylines but that'sbecause most play simple unchallenging games as a way of distracting themselves, that leaves a small number of players/costumers that are interested in complex and demanding games, but that doesn't mean you should discard the storyline. Gossip magazines aren't more important than classic novels because of sales...

Interesting parallel with gossip rags vs. classic novels. Pretty apt too. Thumbs up!

Did you know that 80% of statistics are made up on the spot lol at the first paragraph, EVERYONE I happen to know always finishes the story as they consider it an important implement in a game,"Why should a game have an end? Why bother about story when all data proves that players don't care? 6-12hrs story-driven AAA games makes no sense commercially any more
EVER HEARD OF BIOWARE,SQUARE ENIX (Final Fantasy,Deus Ex),ROCKSTAR,
Avalanche Studios, YOU NEED TO REALIZE THAT THE HEAVY HITTERS MENTIONED ABOVE MAKE GAMES WITH GREAT STORIES THAT SOLD FANTASTICALLY WELL,so **** you :D

Well i ain't really surprised,that the Just Cause devs said that,i mean Just Cause sucks badly,epic games like The Walking Dead and To The Moon would be nothing without a story,there are so many visual novels which depend only on the story :-/ 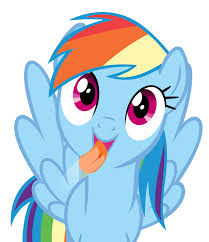 Oh come on, storyline is one of the most important things. This year has been the best year so far in the 2010s because of great games like Bioshock Infinite and Tomb Raider. Both have an awesome storyline.

Story Doesn't matter ? :O What If The Walking Dead Series by Telltale had no Story ? Would that make the game awesome ? !

...Continued. Example: Bioshock Infinite's ending was ****. I felt like my 8 hours wasted (literally, never-existence Columbia at the ending). Example: Gordon Freeman never talks but the gameplay and background makes you to curious about G-Man or you felt that going to Xen is a duty you must involve

how dare you call the Bioshock ending Shi* X(

The best games I ever played were story-driven(Gothic 2, Dragon Age, Mass Effect, Half Life 2, Planescape Torment etc...). I think it's rubbish to say that the storyline of a game is negligible, I considered it to be the most important part! And I hope this will not change to much in the years to come.

Lets be honest... Can you say that Skyrim is %50 gameplay and story? Gameplay and story is not a percentage( like you have to steal from one to add the other) but the story mekes you feel the time you have spent playing the game is not wasted instead worths every moment. To be continued...

My niece is a 5th grader and believe me he evaluate games based upon story line and not just on graphics or gamplay. His favorite games are Assasins and Prototype and as you all know both of these games have a free roaming option but still he feels storyline plays a key role in the game. :)

When I have a kid, I would like him/her to be like your niece, not just bashing games on their looks.

Haha yeah, think we all want our kids if there any :D to make a smart choice when picking up a game! :)

A nephew you mean :D

storys are importat, without the story the players won't know anyhing abot the character.