As most of us know, the Core i7-4930MX 4-Core 3.0GHz is an upcoming Intel mobile CPU based on the new 22nm Haswell architecture. It performs very well compared to its predecessor.

As with all unreleased hardware, hard fact is scarce, and rumours are often abundant. For the i7-4930MX we have spotted some unofficial benchmarks for this power-house mobile CPU...

The benchmark of this CPU was found on a Chinese forum known as Benyouhui.it168. How this forum came across the data to post up no one seems to know. The Core i7-4930MX 4-Core 3.0GHz integrated GPU is called Intel HD 4600, allegedly.

Before moving on to the benchmarks, we should have a quick look at the specifications of the CPU and IGP.

Core i7-4930MX is the flagship mobile CPU in the Haswell architecture. Core i7-4930MX has a quad-core processor with a base clock frequency of 3.0 GHz and a turbo boost of 3.7 GHz.

The Core i7-4930MX has 8 MB L3 cache and it will support DDR3 memory clocked up to 1600 MHz. This CPU is paired with an Intel HD 4600 integrated graphics solution to provide optimum performance.

Lets take a look at the benchmarks reported by Benyouhui.it168.com.

Bare in mind all of this could be rumour or fake and are not officially endorsed by Intel.

If you wish to take a look at the: Intel Core i7-4930MX comparison area

The benchmarks are done with the help of AIDA 64 and Futuremark’s 3DMark 11. As far as the benchmark scores go the CPU result looks like a strong one.

Here are some supporting screenshots of CPU-Z and GPU-Z which were also leaked by the forum. Let's have a look at them. 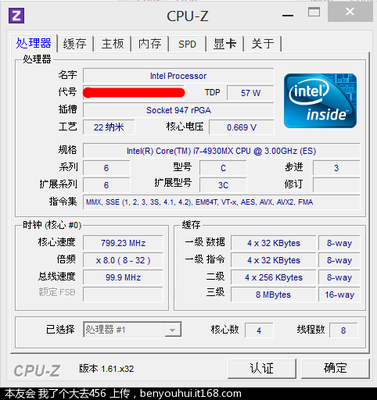 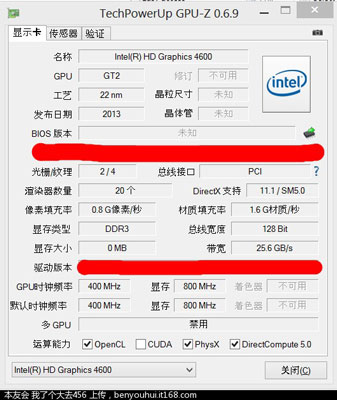 Remember that you can now check out our new Benchmark area to get a good idea of what this might mean in real terms.

[Note: we are currently working on simplifying the new benchmark submit process so it is easier to understand for our GD members who wish to submit their benchmark results]

Now we start off with the benchmarks of 3D Mark11: 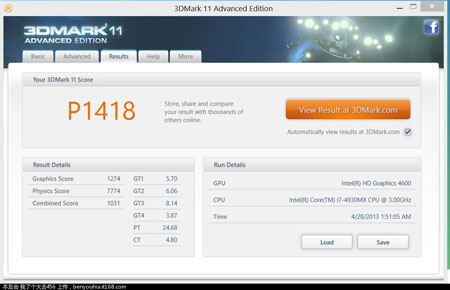 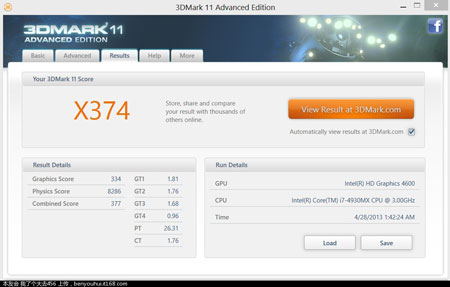 So, by these benchmarks we can conclude that the performance of the Haswell CPUs are going to be better than expected. Rumours were that other benchmarks were also done but they were removed due to an unknown reason.

Whats your thoughts guys, is this a mobile CPU that gets you excited for next gen PC gaming on the move?

It might be fake as these are not official benchmarks

According to notebookcheck.com the performance of the Intel HD4600 on an mobile i5 fourth gen CPU should be on par with a GT525M/GT620M and on a quad core i7 mobile it should be on the level of a GT540M/GT630M... This is actually slightly better than AMD's HD7640G and HD7660G respectively...

Yes, but AMD is also going to launch its 3rd generation APUs to compete with Intel. Hope they come up with something new.

An i7 is still a lot more expensive than an A10-4600M...
The new 3rd gen (richland) is just an optimised version of the current APUs with better power consumption and higher clock speeds. The 'real' new APUs will come late 2013 (kaveri) and those should totally kick @ss...

I know AMD is coming out with new APUs... Whenever Intel catches up in iGPUs AMD just up and leaves the poor suckers behind... Intel is way ahead on the CPU side though...

True that. Intel's doing better gpu business than it used to though...

Does it have gorilla glass ?

Not much can be said, as these aren't official. But still it looks pretty powerful. And that HD4600 is also much more powerful compared to HD4000. In an article on GD, i read that its comparable to GT630 or GT 640 (can't remember exactly).

Haswell laptop with Maxwell gpu next year? Who's with me?! :D

Maybe you should've put up a graph comparing it to the i7-3940XM?

interesting, let's see if there will be laptop gfx card to match...