The collector editions can be found across the purchasing landscape. Lets take a look at what they offer and where...

Check what each of the Collector's Editions have to offer below: 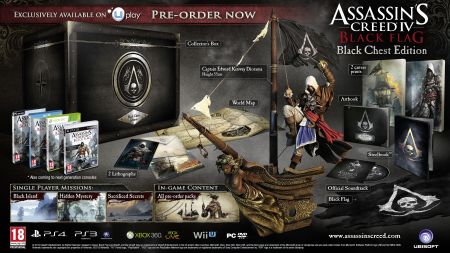 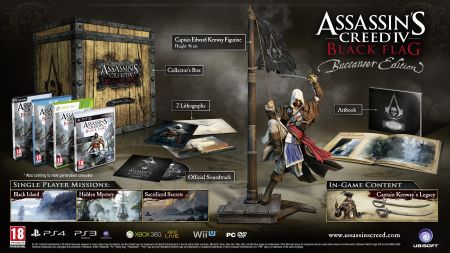 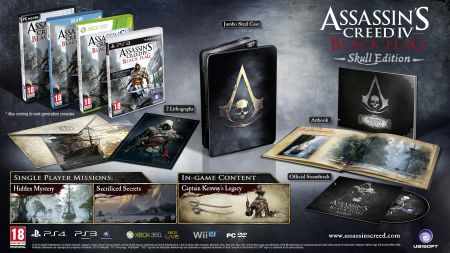 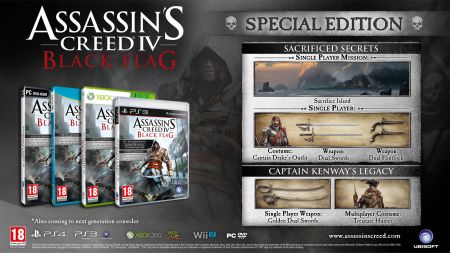 The Black Island Pack (available in North America at Gamestop)

The ones of you who will pre-order the game will receive an unique activation code meant to offer acces to the VIP program Assassin's Creed: THE WATCH. THE WATCH will offer extra unique content regarding the Assassin's Creed universe, new informations, prizes and the opportunity to play a special mission, designed exclusively for the VIP members.

Sony has also released their latest video from their Conversations with Creators series in which director Jean Guesdon and associate producer Sylvain Trottier, discuss how the PlayStation 4 will allow for greater immersion in Assassin’s Creed IV through an increased level of detail.

"The beauty of working with Sony, honestly, on this console, for this generation, was the fact that it was built for the game developers. To be really honest, Sony fixed all the issues that could’ve been there on the console. And right now, I think it’s up to us, we have a perfect jewel in our hand, it’s up to us to push the bar and make it shine."

Assassin's Creed IV: Black Flag boards PC, PS3, Xbox 360, and Wii U October 29. The game is also ready for release on PS4 and Xbox. So what do you think about these new updates? Excited to live the life of a true pirate, roaming the seas in search of ships to plunder and treasures to find? Share your thoughts below!

Which edition floats your boat?

Should really list the prices, then your opinions will differ. I know the Black Chest is a three digit figure. Personally I'm more interested in Buccaneer edition.

Well, is there no Digital Deluxe Edition? I always prefer digital editions of games :D ?

They are really milking this series the last good ac imo was brotherhood revelations and 3 were trash! 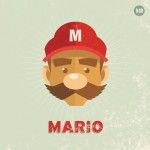 Yeah.. Brotherhood was a little short, but good. Revelation, "no idea, let's get this two in the game"..

Actually. I get to disagree with everyone here. AC Revelations was better than AC Brotherhood. The story was more personal and more related to the Assassin's Creed. It was as short as brotherhood but much more intriguing and exciting. The graphics was very detailed and beautiful. AC3 was no fail my friends. ACIII's mistake was to go deep into politics. That led the game quite astray from the creed of Assassins. Connor used himself as an Assassin to help his tribe as Cesera did in Brotherhood with the Templars just for the sake of power. Yet, ACIII's gameplay and graphics are amazing! The naval combat is something to tell about for years :)

+1 while the story in Revelations was more personal and intriguing it focused WAY too much on Ezio i would have liked to know more about Altair and that lead me to not give a damn,Revelations could have been so much more,
as For AC3 it was hard to do anything no mechanics really "worked" with ease, the intro was too long and i had trouble getting through it without going crazy, the interface was a disaster,targeting didnt work well, free-running was a joke compared to its predecessors, the combat is far too easy, and the stealth was ****,sorry but it just wasnt well done

but you're right that naval combat was splendid :D

^^^ try to edit that bit out :D like just include i want to see how the story will continue

Wonder how much does those cost