Gran Turismo 6 is expected to release later this year. That's quite awesome for the car fanatic that has a PlayStation, but not so great for the PC gamer.

However, many games have been released over the years on the PC that have proved to be amazing alternatives to Gran Turismo...

I would consider iRacing to be one of the stronger simulations out there. Of course, it can't simulate real-life physics perfectly, but it's pretty realistic. There are over 35 cars (and counting), and 61 tracks in the game. However, you will need a subscription to play the game, and it only works well with a dedicated racing wheel.

Yes, I have included a game for the rally fans out there (Finland is included, Tero). Richard Burn's Rally received lots of praise for it's realistic physics and graphics at the time (2004). It also runs VERY well on low-end PCs. Most modern rally games to this date have not reached the level of realism that RBR offered. Don't worry-even if this game is old, some French guys have been updating on the game year by year, and releasing the popular RSRBR mod. Don't hesitate to pick this up - it only costs $6 on Amazon!

You have probably heard of GRID. You might even own it. And yet, it's not even a simulation in it's own right. It's an awkward mix of simulation and arcade racing, kinda like NFS: Shift. However, Codemasters have managed to make that solution work - in this game, Simulation and Arcade bond together like the North and South pole on a magnet. This game does what any racing game should do - excite. GRID is currently on Amazon for $20.

rFactor is the CLASSIC example of the typical PC racing simulator: So-So graphics, an emphasis on physics, and a HUGE dependence on a Racing Wheel. Something that is different is that rFactor is a game that is driven heavily by mods; you won't get the cars you want without them. The physics engine has been designed in a way to allow the making of any four-wheel vehicle for the game, and what I really like, is that the developers support modding - something you don't see very often. This game is available on Amazon for $20.

This game is a masterpiece. This shows what SimBin can do if they are given the engine that rFactor ran on. The physics were realistic, the game was well optimized, and it didn't require a steering wheel to be played effectively (a mouse is good enough). The game itself comes pre-loaded with a BUNCH of different open-wheelers, supercars, and WTCC racers. And if that isn't enough, there is a gigantic community modding for this game (tracks, cars, the lot), and keeping it up-to-date. The price for this is $20.

So, what's youre verdict on the above? Do you agree, or do you think another game should be on the list? Tell us your thoughts below!

Which of these do you think you would buy? 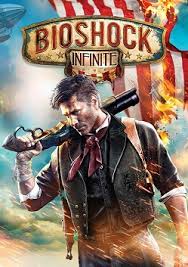 I would prefer rfactor.
:)

project CARS...i know it hasn't released yet but that will truly be the best GT alternative

do you know when project CARS is gonna be released? i heard about that game about 2 years ago :S

To be honest, none of these games are even close to GT :/

Yeah it's a great game but it's not GT :D

honestly, i have never even played or seen GT :D I am a GRID fanboy :D But i assure you, codemasters knows very much about optimization and physics ;)