Dark is an intriguing Vampire stealth game coming out late next month, where you need to hide not only to catch your prey, but to fight hostile vampires.

It's looking very themed and stealthy, with smooth 3D Cell shaded Graphics - lets see what hardware you need to run it with our Dark System Requirements...

Not too taxing all in all, and the game will even run on the Intel 4000 Graphics solution, which means many low end laptops will still have a chance at playing.

Dark is a game about being a vampire - and vampires need to feed. You will be able to use unique moves to sneak around the maps and take down your enemies. Humans aren't your only enemies though; although the police are always on the lookout for you and must be dealt with, other vampires are just as dangerous.

So, a little bit of Thief style gameplay for those who need another stealth game. What do you guys think of Vampires as a theme? Should we see more vampire games that truly make them scary again? Tell us below.

I like the game looks cool :) .But do you think i could run it smoothly ? (reply pls ;)

Vampire: The Masquerade anyone? ;)

good to see that dx 9 is still preferred by developers hey where r the recommended requirements ?????

It's actually a bad thing. Only good thing is that Win XP is still supported for dx9 games. Bad things are that the optimation is way worse and harder to accomplish. Also the architecture is far worse than dx10, 11 which means that it would have many problems on a variety of PC parts. etc.

that's true but still developers r thinking about people who have weak rigs which is good ;) 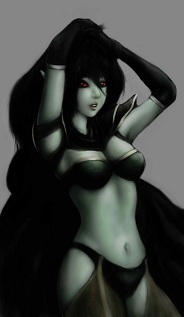 I think it will be a great game!