There are a lot of games that you just know would be better with 15 friends, and Wurm Online is definitely one of them. Everyone wants to make a castle after all!

It's not quite that easy though, as OSUBoarder has discovered. Find out what he thought on day 154 of the 365 Days Of Gaming...

Today’s game is something a little different from what I usually do and thus I think I am going to go about playing and writing differently as well. I will explain more after you know more about the game but basically this is more of a “first look” or bare bones review and then periodically I will update you on my impressions but more on that later. Trust me; it will all make sense at the end.

In its most basic description, Wurm Online is a massively multiplayer online role playing game or MMORPG. The game was developed by Onetwofree AB (now called Code Club AB) but it all started with two men by the names of Rolf Jansson and Markus Persson who many of you know as Notch, the creator of Minecraft. The game has been in a constant mode of upgrading and has changed hands a few times after Notch left though it has never left or been at a weak point. The game still remains below the public eye, even for an indie title, but it has steadily grown since its conception. 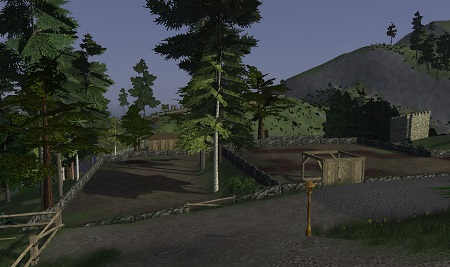 The most basic way to describe Wurm is that it is Minecraft but much more complex and in some areas much more challenging. You pick a character and have the choice between a few server types such as ones based on player and realm combat or those that are based on economy and merging into life in the virtual town. Both have their share of challenges and really you will start both in the same manner: nothing but some starter tools and some tutorials. The game does actually give some good tutorials for everything from crafting to finding food and exploring. Much like Minecraft the game is heavily based on terraforming and manipulating the world around you to essentially do and create whatever you want. Each server world is rendered completely empty and every feature and town becomes player built and designed. People can come together and create huge thriving cities and kingdoms to live within and even use to conquer other nations if they wish.

When the server is first created, all characters look the same based on gender and alliance affiliation. From there it is up to the player to create and design the character’s apparel and even skills. There are over 150 different skills in numerous categories from farming to fighting that can be leveled up. There are no character classes and players are free to improve whatever skill they wish to create a 100% unique avatar. The slightly weird part about the game is that there are no game defined missions or quests. Everything is up to the player or group if you choose to team up with other players which is highly recommended. Though it is beneficial to team up in Minecraft, it is much more challenging to take on the wild alone in Wurm, especially before really leveling up and creating good armor. I found this out the hard way as I repeatedly ventured too far away from civilization and being killed by trolls. For some people this level of immersion and reality is great while others find this slow pace to be constricting. My understanding though is that once you get some good skills leveled up and decent supplies, the game really starts rolling and there are endless possibilities as to what you can do. What to lay siege to another castle? Come right this way. Fighting dragons more your speed? Have I got the thing for you! Just get pass those frustrating beginning hours and the game promises a lot of fun. 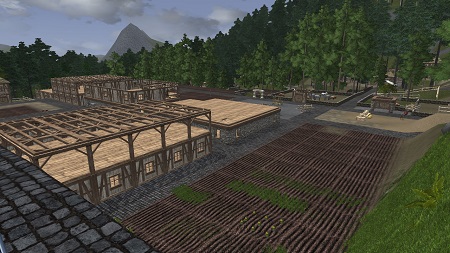 There are literally pages of information that I could write about this game because it is incredibly extensive but nobody wants to read all of that in a blog. This is why I propose the idea of giving you a glimpse and then updating every once and a while. Another reason is that this game has had some of the most mixed reviews I have ever seen. Some people absolutely love it and sing its praises and even claim that it is better than Minecraft while others think it is the spawn of Satan and is simply too challenging and slow moving to be fun. I can understand both sides to be honest: fighting dragons sounds fun but creating everything like nails and clay pots to make food in sounds daunting. My experiences today included me dying very quickly after making a lame excuse for a shelter and then losing some gear and patience and restarting, only to die soon after from losing stamina conveniently when a troll rounded the corner. I want to better explore the different facets of this game which I will then share with you.

I do not really know what to think about this game. There are some parts and elements that I loved and I think there is a lot to look forward too but at the same time I realize that the game will be extremely challenging at times to get to those fun parts. With the daily playing plus some AAA titles that I want to finish and work I am not sure how often I will update this but I will try to make it about every two weeks or so. My weekends are pretty free so that is when I get most of my gaming done. Let me know what you guys think. The first few will be trials to see if anyone actually wants to read them. If anyone wants to join me on my journey you can find the game as well as more information here.

[Note: The game is free to play with Premium subscription benefits; if you're curious, give it a go, but bring some friends if you can!]

Damn, you got me intrigued! :D