Its now free for gamers to play as a proper Marvel Superhero. And let me tell you, that's a first in an MMO! Normally, when a superhero MMO title comes out, the player is kept away from slipping into the tight spandex of the awesome characters we read about in the comics. Because in an MMO how can everyone be The Hulk? There is only one The Hulk. That's why he is called The Hulk.

Marvel and Gazillion (The pubs and devs) must have put their heads together and decided - its a game about people that aren't real, why not just let the gamers to have a laugh and play as the heroes they love. Very cool. Lets see if your PC can play it and meet Marvel Heroes System Requirements...

The popular and faithful old workhorse, the Nvidia 8800 GT, turns up again and the 10GB hard drive space is fairly easy going for a MMO now-a-days, but it is likely that extra patches will continue to roll out, adding to that initial 10GB. But of course this is normal, as the devs continue to enhance Marvel Heroes.

Some of the characters you can play include, Spiderman, Thor, Cap'n America, The Hulk, Wolverine, Iron Man, Black Widow...Basically The X-Men, Avengers and the Fantastic Four are all covered.

Marvel Heroes takes the isometric viewpoint. After a while this may become a little irritating for some, only seeing the topside viewpoint of your superheros. But on the other hand, the Action RPG MMO is going to let you play as The Hulk right from the start and that's just smashing. For those of you who missed my deft wordsmithing there, I strategically pummeled a "Hulk Smash" play on words right into your eyes. You're welcome.

Marvel Heroes is out now and available in French, German and English.

Which Marvel SuperHero are you going to start as?

weird i thought iron man would have a better computer. JK you system is pretty good.

But you have Physx.

AND only one game supports it Tomb Raider and I hate it cause Lara's hair looks AMAZING while everyone's else looks like crap.

actually tressFX is also on nvidia

yea and Physx can be ran on AMD cards. but dose it run as well. Not really

I hate Tomb Raider... After enabling TressFX, the hairs on other games look stupid now :D

true thats another reason i don't use it. unless it is to show off too my friends that i can play it in that quality. ;)

Thor, who has enough power to battle with the Mighty Hulk :D

wolverine, who has enough power to not to die, hulk at some point will.

I would play as Thor after watching Thor and The Avengers. A very cool character with awesome power. He has enough power to battle with the mighty Hulk :D

Have you guys seen the dlc for this thing? go look if you want a laugh.

Right? I was astonished the first time I saw it!

I wonder who'd pay 20 bucks to play as Iron Man

hmm seems like a good game.. shame its 10 gb otherwise almost perfect for my system.

"RAM and CPU requirements for Marvel Heroes are pretty low by today's standards also." not really , I think they are enough high for an online rpg game

Yep and he's even in that picture :D
Trivia fact about me: I used to use 'Marvel' as my username in games ;)

If they allowed Deadpool as a start character I would jump back in. I tried the closed beta, but due to times they had it open I never got much of a chance to play.

OP Deadpool, dies and stands back up 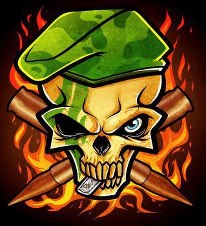