A few days ago we showed the reveal trailer for a new IP from devs Square Enix. The game looked interesting and is certainly trying to bring something new to the thriller genre.

As is the trend these days, the game was further showcased ahead of E3 by publishers Square Enix and devs Airtight in a private conference as a hands off preview.

The preview mainly showcased the start of Murdered: Soul Suspect. Think Alan Wake, LA Noire & Heavy Rain. It is set in a fictionalised world of Salem, Massachusetts. You play as Ronan O'Connor. A detective. And you are dead.

We have some early screenshots of Murdered Soul 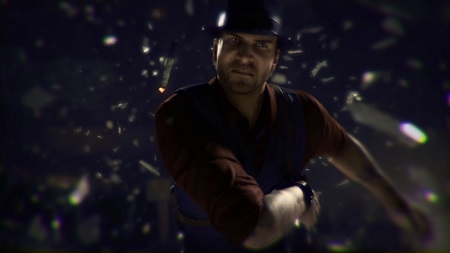 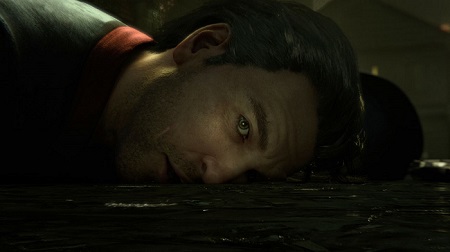 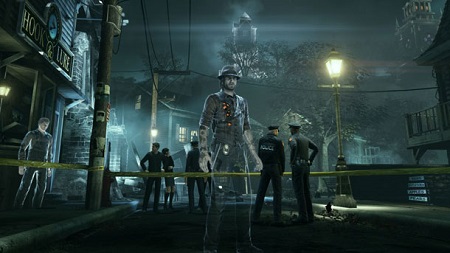 O'Connor is murdered and flies out of his apartment's window on to the street below. The murderer shoots him a few more times just to be sure. O'Connor is able to see his body fall and him dying but yet he is still here, something doesnt make sense.

Then it dawns on him that he has actually died and is now a passing soul in this ever changing world, but still stuck here. He decides to try and solve his murder. A number of cops arrive at the crime scene and mock O'Connor for his stupidity. The Lieutenant however seems sympathetic vowing to find the killer.

His investigation begins with analysing the surrounding and the people around his dead body. He possess near by police men and scared neighbours to get as much information he can. He then proceeds to his apartment building but surprisingly is met by a ghost of a young lady who he remembers was a neighbour there a few years ago. The ghost of the lady asks for his help in cathcing her killer who is still iving in the building. This begins an optional sidequest. O'Conoor moves through the building, passing through doors and furniture only to be met by a horrifying hell demon. These demons exist throughout the game world stuck like O'Connor in the space between spaces. This triggers an all out chase, O'Connor in front and the demon behind him. He looks to find a way to jump up on the demon to possess him, but no such oppurtunity arises. Finally he sees a police officer trolling about in the corridors and possesses him, The demon passes straight past the officer allowing O'Connor to possess him and thus detroy him from the insides.

Finally O'Connor reaches his apartment and finds a lot of memory issues of his mind there. One of these contains a whole recollection of the surprise attack. He finally gets what he was looking for in a memory issue. The issue shows the vision of a young woman that had witnessed the crime, unknowingly and was now on her way to a near by train station.

The presentation ends with that. This really shed some light on the gameplay mechanics and has certainly left us wanting more. As said, it is always great to get a new IP. It shows confidence from the publisher and developers when they move outside of their safe zones.

It will be presented by Square Enix in there conference at E3.

We'll see more of the game after E3, so stay tuned.

I must say, this is very very interesting.Looking forward to it.

This looks like something I am going to have a whole lot of fun playing.

The trailer was good, it's on my watchlist