We all have a pretty good idea as to what EA are putting out this year. Between their not really being able to keep a secret, to the inevitable annual sports franchises, it's all pretty much a foregone conclusion. But the big question as always is this: Which celebrities will they drag out?

It's a big year for next-gen consoles, as we already know. This year, EA has pretty much chucked all its eggs into the next-gen basket, announcing each of their games for Xbox One and PS4, with scant mention of the older generation of consoles, or indeed the PC, for that matter...

The first game they showcased was Plants vs. Zombies: Garden Warfare, which as it was mentioned yesterday, is old news. With a clever trailer that suckers you into thinking it's a new Modern Warfare announcement (despite Modern Warfare being an Activision title), it's not long before hordes of familiar zombies (now armed with comedy firearms) face off against the vetegative favourites from the original tower defence game in what is very definitely a multiplayer shooter. Everything works much as you'd expect it to: The Pea-shooter is your rifleman, the Chomper handles close combat, and so on. Popcap deomed the game in multiplayer co-op mode (which does sound like the natural fit for the game really), showing off the different plants and enemies. There is the ability to plant defensive plants, bringing some of the original's tower defence tactics back into the game, but at its heart PvZ: GW is shaping up to be a pretty standard shooter really, which isn't going to win any prizes for its graphics. That said, it does look like it might actually work as a shooter somehow, and as long as the price is Popcap-traditionally low, there might be something of merit here.

After the Microsoft conference, Titanfall was simlarly old news. A first-person shooter set in a world of battle between mech pilots and their battlesuits, Titanfall is also handily situated in multiplayer boulevard. A couple of the things that were left unexplained during the Microsoft conference have been made a little clearer njow, though: While most of the footage looked to be single-player at first, with mission briefings being delivered by a stressed-sounding lieutenant before the soldiers dropped into the zone, this is actually part of a conscious effort by developers Respawn to saturate the experience of multiplayer with the depth of story normally reserved for single player. It's clever, and will maybe lure single-player afficionados out of their shells a little.

Another interesting crossover that Titanfall tries to achieve is to make the mechs and the pilots both viable play options, allowing players to choose their favourite style or, more likely, blend the two. Maps have had to be developed to accommodate tiddly little humans and dirty great battlesuits, and no doubt the jump-jets on the pilots themselves are part of this use of space. Pilots can clamber onto enemy mechs and blast them with the idiotic bravery of a drunken Finn with a molotov cocktail. The titans themselves are much more agile and nippy than you'd normally expect - presumably to allow them a little defence against the pilots. Assuming the whole thing balances as well as it sounds, we're excited to see more of this one.

Twenty seconds of Hoth follows. A Snowspeeder comes out of the blizzard, as does the unmistakeable foot of an AT-AT. It's Star Wars Battlefront. Now that it's officially announced, rabid fans of the original Battlefront games will have to find something else to complain about on web forums. A tiny introductory trailer hardly does such an announcement merit, really - although it provides a pretty obvious clue that actual development is in its infancy. Still, the GD opinion is this: Thank Obi-Wan for some good Star Wars news! The battle of Hoth on the appropriately-named Frostbite 3 engine? Sounds good! 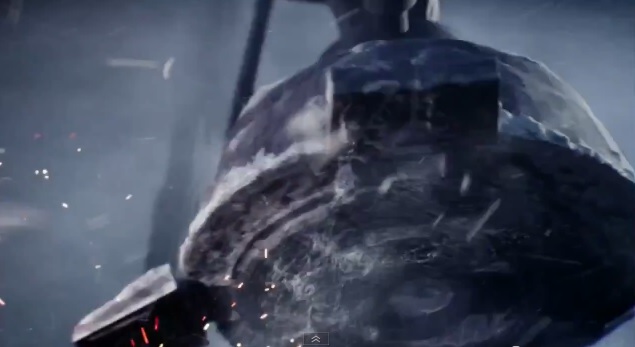 From this point on, we've been informed that all of the games we're going to see have been built using either Frostbite 3 or EA Sports Ignite. Two new engines for next-gen consoles.

The automotive nonsense that is Need For Speed returns, with a voice-over guy telling us that Need for Speed: Rivals is as faithful as possible to the world of street racing, then shows us a ton of OTT stunts that are just about faithful to the Blues Brothers. The next-gen polish is evident, but of more interest is a new feature called Alldrive. What exactly it is remains to be spelled out, but it's some kind of way of integrating single player and multiplayer together... do we detect a theme here?

The idea which really defined it was this: Races that begin in single-player can end in multiplayer, with player-controlled cops interfering with your single-player street race. Wasn't that sort of something that you could do in Test Drive Unlimited 2? Well, we'll give EA the benefit of the doubt for now. During their demo, a third player uses his tablet to call in a police helicopter, although how all this fits together remains to be seen.

Dragon Age: Inquisition gets a full trailer as well, although there's nothing in-game. Still, it's a pleasant enough fantasy trailer with a rift in the sky spewing bad guys into the streets below, and it all looks very grandiose, if a little forgettable at this point.

Next up comes the moment we've all been... well, fully aware is coming. Madden, Fifa, UFC and NBA Live all have to do their thing, and as expected, celebrities abound, some of whom have only the most tenuous connection to the world of sports. Cleveland point-guard Kyrie Irving chats about NBA Live 14, new bounceTek - an EA Sports Ignite feature that disconnects the basketball from the player's hand, where it is 'released to physics' in the same way as the soccer ball was about a decade ago. How much will this actually affect gameplay, we wonder? The connection between the real world of sport and the game is reaching its logical apex, however, as in-game player stats will now be updated within the hour. We like to imagine this is all handled by a minimum-wage intern who, on his last day on the job, changes all the stats around and makes the Miami Heat play like ether-huffing wombles. 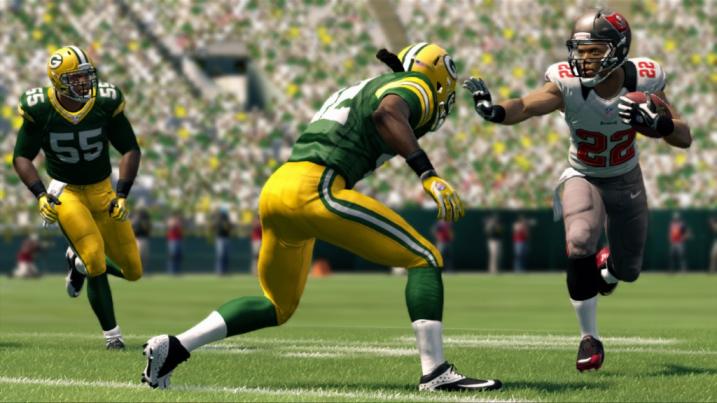 It's 25 years of Madden, so EA have named this outing Madden 25, a decision they'll no doubt regret twelve years from now. New gameplay features all revolve around one thing, one sacred facet of videogame design, and one which EA seem unable to give its normal name. They'll talk to you about True Player Motion and Human Intelligence, as well as Pro Instincts, with advanced analysis and response. So that'll be AI then. You could have just said All new EAAI. See? They can have that one for free. Still, it does all look pretty wicked, with players leaping over pole-axed linebackers and jimmying smoothly past their chums through a gap in the defensive line for a blitz. We're going to be treated to more intelligent lines of scrimmage, and 58 million more tesselations per post-touchdown genuflection.

Okay, I made that last one up.

Let's take a look at the inevitable Fifa, shall we? Drake has a lot to say about how much he loves Fifa... how many professional soccer players are there in the world that EA could have chosen? But no. Again, focus is on enhanced AI, given a swathe of fancy names other than just AI. Oh, and it's fully playable at E3 this year. So if you're there, go play it.

One last. UFC, the Ultimate Fighting game, with its MMAI system (See? Now you're getting it, EA!) lets you change strategies throughout the fight. They also claim - undoubtedly incorrectly - that it allows you to fell what it's like to be punched in the face! Never was a videogame claim so inaccurate and, at the same time, so terrifically unappealing. Apparently, it's something to do with the EA Sports Ignite engine's 'full-body deformation' feature - ouch. UFC is out in Spring 2014.

So much for sports. Let's get on to the main course. It's Battlefield 4, naturally! And, lo and behold, lots hasn't changed. Battlefield, it would seem, with its promised two-yearly sequels, might not actually be coming out because the developers had a ton of new ideas, so much as because it's time for a new Battlefield game. Not that we're really complaining, though - it does look rather good.

Next-gen, EA inform us, is all about "emotion, immersion, and being connected', which is rather terrifying when you consider the hundredweight of griefers that populate the online shooter world. Funny, we were begining to think that next-gen was all about crumbling masonry effects, so it's nice to have been set straight.

The commander, a feature in previous Battlefield games that never quite worked as well as it could have, is to return in BF4, and by all accounts you can do a lot of it from a tablet. Which means you could conceivably call in an artillery strike while hiding in the toilets at work, which I must confess, is something I've often wanted to do.

Gameplay-wise, and even interface-wise, it's the battlefield you know and love. Some of the physics capabilities of the next-gen engines are apparent, particularly at the end of the demo when a tower block collapses, in a cataclysmic shower of crumbling rubble and masonry...

You notice what happened there? Yeah, we did too. Looks like we're back to our original definition of next-gen gaming.

Finally, as the capstone of the conference, we got a little footage from the sterile world of Mirror's Edge 2, a reveal of such incredibly little surprise, we've already forgotten it.

Really, there wasn't a lot in the EA conference we weren't expecting. Short of Titanfall, there wasn't any new IP. But it was nice to have a look at what's coming up, and to check out some of the capabilities of the new engines. With the new sports engine it would appear much of the work has been on enhanced AI. Nothing was said of the PC at all, however, and very little was made of the Cloud, which was a contrast to the distinctly cloudy Microsoft conference earlier today. Nothing was mentioned of the predicted new Mass Effect game, either.

Until next year, EA, when we do it all again. 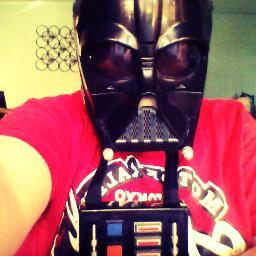 I don't like EA, nor trust them with the making of any game ... Ever!

hmm that NFS: Rivals "Alldrive" feature is nothing special I think,
race with people joining later is not a race, but just some set of cop stunts;
and I cannot omit the fact not all people have stable internet connection, so I guess this game will be just another disaster I'm afraid...

so...I would love to finish this beautifull article with a little statement which should be clear by now to everyone and wrap this hole thing up realy nicely....EA without DICE would be eating out of trashcans ;)

battlefield 4 sure upped their destruction capability.

So when will we be able to see Dragon Age III trailer? I am really very tempted :)

Just for that a thumbs up cause I FREAKING LOVE BATTLEFRONT!!!!!!! I ALMOST JIZZED WHEN I SAW THAT AND THAT WASN'T EVEN THE GAME!!!!!!

This event was kind of ****... It was like 40 minutes of sportsball and 20 minutes of stuff most gamers care about.

thank you for telling the truth, your comment made my night ;)