EVE Online is a stunning game; one of the very rare subscription MMO's still going successfully, and with free updates on a 6 month schedule.

As part of the ongoing updates (which have been going for a decade now!) the art and base systems have improved, so CCP have recently upped the EVE Online System Requirements...

The recommended's do look a little high, but as defined by CCP, this is the recommended for max settings - remembering of course that not only are you rendering your own ship, but possibly up to 3000 others in a single fight.

EVE Online has taken a turn for the better in recent years, following the Jita Riots. CCP has made huge leaps and bounds in making all of the ships in the game useful, generating massive wars due to mineral rebalances, and adding new gameplay mechanics, as well as making the game look pretty. At least, until they try and get rid of the Mammoth hull.

EVE Online is free to try for 14 days, and the next update (still unnamed) is due this winter. Have you guys ever tried to get into the game? There's been massive improvements to the new player experience, so it might be time to give the world's largest single shard space sim a go! Tell us your thoughts on EVE below.

Awesome game , think i'll get back into this :D

Recommended cpu and gpu requirements are quite high, but as long as i know, it is worth it!

my guess is that those are only to satisfy the needs for biggest fights and highly populated places, most of the time u wont be there so u can relax :P

i am not playing this game, and i am below minimum system requirements, but i ve seen it and it looks great! hopefully i ll play it on new pc!

if u ever played game like homeworld u will be in love in this one :) if u didnt try it out ur system should handle that one ;)

Yessss. At last my GPU is at the recommended mark.

Try the Free Trial then :P

I don't want to be completely addicted and then my trial ends... Forever sad.. actually I have money, but paper money, not in something I could use to pay :/ 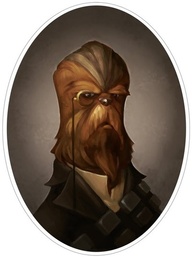 There are various payment options run through official third party suppliers if I recall, and you can after a while pay for your subscription with in game currency, if you have the time/effort needed.

Oh, Thanks for telling, I'm gonna try it out then I think!

yeha i heared that one too, then u r the "end game" thingy u can buy out subscription with in game currency, pretty neat i would say ;) wasnt on that level myself tho.

My old school mates played this game a lot :P

i played it too, i really LOVE its atmosphere thinking to start all over again, its just way to good for not to be played x)