More Game Trailers To Amaze You

New game info is always flooding in, even though most of the big titles are not appearing until this fall.

Trailers are one of the most popular ways to get the info out, and we've got a bunch to show off, including the launch trailer for the latest Borderlands 2 DLC...

WWE 2K14 has finally got a trailer, and also some more official box art. This trailer shows The Rock giving some standard smack talk, and many other well known wrestling legends. So, take a look at the trailer to know what it has got for you:

The game will be launched for PS3 and Xbox 360 on October 29 in North America, while European gamers have to wait until November 1.

Borderlands 2: Tiny Tina’s Assault on Dragon Keep has launched today and also released a launch trailer. The trailer shows off all the glory and power of the new weapons, including modified rocket launchers that shoot swords. So, what are you waiting for, have a look:

This DLC has been launched today with a price tag of $9.99 for PC and PS3 users. For Xbox 360 users, this will cost 800 Microsoft points. Though if you own the season pass, you of course get this DLC for free.

If you want more than the above things, then you should surely go with the 15th Anniversary Edition of the game. Check the contents of the edition here.

A new Teenage Mutant Ninja Turtles: Out of The Shadows trailer has also emerged. This trailer mainly focuses on Leonardo, while the earlier trailers focused on other protagonists. Have a look at the video:

So, which trailer pleased you the most? Did the Gran Turismo trailer successfully seduce you into preordering the game? Tell us below!

When I saw the picture I hoped for borderlands 3.
I was kinda-disappointed, but not completely :)
Love the way the trailer is done!

borderlands is getting more and more retarded.I like it &#603

WWE 2k14 looks like nothing was changed since horrible WWE '13. I will buy it though since it's from a new company. If it sucks, I'll buy 2k15 just because 2k14 was half worked on by THQ. 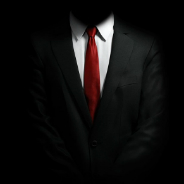 Great set of Trailers and Article :)

It helps me to write more when appreciated by readers, thanks for such appreciation..:)

no problem, if you hadn't put these trailers on i wouldn't have known a new WWE game was coming out