THQ Husk Being Sued By Sega

THQ has already been torn apart by people seeking their money back, forcing the closure of the studio and the sale of it's assets.

Sega still have a bone to pick though, and are suing what's left of THQ for the pre-order income on their newly released title, Company Of Heroes 2...

Over a million dollars was made from nearly 21 thousand pre-orders for Company of Heroes 2, paid (after Steam took their cut) straight to THQ. Around $500,000 of the $940,000 total was paid after THQ officially filed for bankruptcy, which Sega are trying to claim as a priority.

The IP didn't leave THQ until the sales at the beginning of this year, but Sega still want all of the profits associated with the game.

You'd think that after paying $26.6 million for the Company Of Heroes franchise in the first place, this $500,000 might not be worth fighting over; although of course that's still a nice amount of money.

This million dollars is rather small fry though, as THQ apparently owes around $200 Million to a large number of different groups.

What were your favorite THQ games from back in the day? Do you guys miss the publisher, or will the new publishers do as well? Tell us below!

Is really hard for a publisher to die. 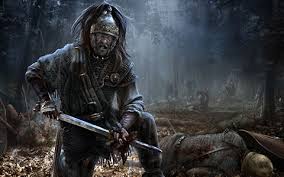 I really loved both of the Darksiders games, I hope Nordic Games does something decent with the IP..

Company of Heroes (1) is my favourite THQ game :)

the people who want the $200m won't get it, there is nothing left to give on THQ's end. it is unfortunate that, such a great Developer is gone.

Thq made great games Metro 2033, Saints Row. It is a same they come to this.

I like THQ, they did good games, why are they bankrupt?

too much money spent, and not enough made I guess.

too many games just didn't sell, they did make some crap games (WWE games),but they certainly were a quality developer

Business business business everywhere, even Rstar is also doing same tricks for Pc gamers,they are doing business they know their game can achieve market easily,i think they will release Gta 5 on Pc soon,hope so

Darksiders .. as it was mentioned a time back then THQ announced bankruptcy, this will be the end of the franchise. nobody bought the tittle. correct me if im wrong

I once read a news article here saying that Crytek was considering purchasing it but eventually Nordic Games acquired it :)

well at least someone got it, it would be a sad thing not to see the 3rd part :)

Yep! The first two were great :)

It's like being beaten after dying....To bad, i knew THQ when first playing Company Of Heroes..