When it comes to sports sims, cricket often gets shunted in to the same stadium as rugby. Both have characteristics that are awkward to digitally translate into the gaming world.

That never stops them though, as enough of us love their turfed antics and cant get enough of them when the big tournaments come around. We are in the middle of the cricket season so lets take a look at the Ashes Cricket 2013 system requirements...

Note that it looks like you will need Windows Vista OS or higher and a pretty powerful processor as minimum requirements to get Ashes Cricket 2013 running on your PC. We would certainly encourage you to report your findings regarding the CPU requirement should you get to play Ashes Cricket 2013 before we do.

Ashes Cricket 2013 was due out at the end of June (22nd) but a couple of days before this date it was announced as delayed until July.

The actual Ashes Cricket tournament , hosted by England, began on July 10th. So the game missed the start of its tournament namesake and that must have some series impact on its potential sales. It is now looking likely that Ashes Cricket will not even release in July, with only a few days left until we get to August. The final game in the Ashes series this year is August 25th, so lets hope the Ashes Cricket 2013 game releases in time for its own party.

Despite the delay we cant help but feel sorry for Ashes Cricket 2013 the game. Sports like Cricket have strong followings but only a few supporting titles and deserve a chance. Sure these titles often get bowled out for a duck but the interest spurs on the development of the next better title in their series. If the title fails to even turn up in time for its own hype the sport as a whole is likely to get a serious setback when it comes to games. 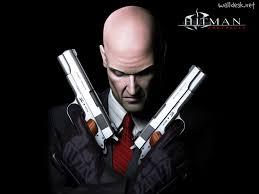 Ashes is still not released.....why are they playing with our emotions???????

Big ant studios Cricket 14 is much better than this and it's coming out before Ashes Cricket 2013.
Gameplay video of cricket 14.
https://www.youtube.com/watch?v=BSuvMEBmzPk

at your resolution, i guess you'll be able to run at high.

finally EA got some time for cricket fans..

I wonder why they don't support XP since the game uses DX9... :/

Not really my cup of tee :D

but u know how to play it am i right ?

I know the basics :P

what is he full form of lbw ? its a test come on answer it xD

Cheater cheater u googled it I know xD

The requirements are official. That doesnt mean they are entirely accurate as many publishers/developers cant test all machines and all variants.
But that is why GD is here.
We encourage our awesome members to help us discover the real world requirements based on how demos and games play on their systems. The site then adjusts its requirements on the game page according to this reported real data. Cool huh?
F

Cool. So we will get the most accurate requirements when the game is released.

I like Cricket and i will buy this game..:D

Yup in our country Cricket is very famous..so i will buy this game..

It's good to see a developer giving time to this sport. I have fond memories of playing EA's cricket games from years ago and it was absolute fun. Even more so when I played against my siblings.
Im not too heart broken it meet the deadline, in fact Im kinda satisfied, knowing they're giving it more time to iron out things..
Hope for the best :)

I am really worried about the controls :/

And the Bowling Mechanism. Bowling is always kept at Second Priority and is mostly Sh!tty

Ya and this delaying strategy is really pissing me off >:(

It's Codemaster's. Correct me if I'm wrong.

Wow. Felix wrote about a Sport I love. Can I be allowed to give him another Thumb ^__^

Absolutely, thats a great idea. From now on everyone who gives me a thumb up it counts as two. You know, cus I am awesome!
In fact lets cut out the middle man. Anyone who reads anything I write automatically gives me a thumb. Yeah thats better. Dont want anyone having to worry that they forgot to give me a thumb. ;)
F

Are these the official requirements?

perfect absolutely perfect but i am really worried about controls because ashes cricket 09's controls were so bad :/

Oh yes they r and i still want ea to reconsider their decision of not making cricket games specially for pc :/