With another Saturday and Sunday behind us, its time to take a look at the weekend trailer recap.

This weekend we have Elder Scrolls Online, Kingdom Hearts, Plants vs Zombies 2, Puppeteer and Killer is Dead...

First in the queue, we have The Elder Scrolls Online trailer showing the return of those little bastards, The Scamps. To know more about them check the clip below:

This next gen MMORPG will be releasing next year for PC, PS4 and Xbox One. The beta signup is already live and you can get involved in it here.

As we move further, Kingdom Hearts HD 1.5 Remix trailer is there showing the art book that comes with it if you preorder the game.

The game will be releasing for PS3 on September 10 and September 13 in North America and Europe respectively.

This might be a game you are not familiar with but it is something Sony cares a lot about; Puppeteer. In the video below, Sony explains the concepts of the game:

The game will be releasing for PS3 in North America on September 10 and September 11 for Europe.

Plants vs Zombies 2 devs diary was also provided this weekend. The trailer gives you the inside discussion on the game elements like characters and the environment:

The game will be released this quarter all over the world, for now it has only got a soft release in the Australian subcontinent.

If you are not amazed by all the above, then you might like this Killer Is Dead trailer showing Mondo cutting off enemies to pieces:

The game will be released this week for PS3 and Xbox 360 in Japan. The entire western world will be able to get the game in August.

So, did you enjoyed today's roundup? Which is your favorite video among the above? Tell us below. 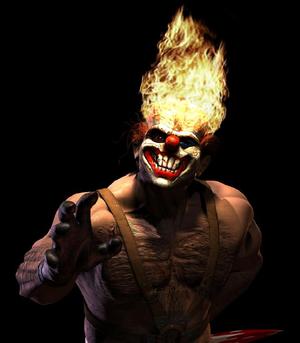 It wont be much of a bottleneck, definitely wont notice. My friend runs a Core 2 Quad Q9600 with a GTX 660, so i think you will be ok. Make sure the PSU can run it.

650 Ti Boost. Make sure to get the 2GB model at that with a two-fan cooler preferably.

It is the other way round, and do not worry about bottlenecks - your eye wont notice. And i do not think it will be a bottleneck - its a decent quad core you got there. Jeez...

Try them. I would recommend ESO and Kingdom Hearts. :3

The soundtrack when the killing starts in killer is dead is weirdly disturbing.

Not a really interesting weekend for me.

None of these games really interest me :(.

I NEEEEEEED THAT KH ARTBOOK :O

Killer Is Dead looks quite interesting :)

nothing other than the name interests me about that game