The entertainment industry is traditionally one of the last to feel the pinch in times of recession. Largely due to people needing something to keep their spirits up, that is affordable that also helps to occupy their time when out of work.

Capcom have revealed their financial report for the Quarter 1 three month period, April 1st through to June 30, 2013...

Capcom company net profits are reported to have dropped from £8.85 million to 5.55 million year on year. This equates to a 37% reduction in profit for Capcom during the quarter one of 2013.

Capcom make it clear though, that despite these drops, their major releases of Res Evil: Revelations and Dragons Dogma: Dark Arisen managed to shift over 2.5 million units during the period and therefore reached their defined sales target.

Lets take a look at which platforms Capcom do most of their business on at the moment. 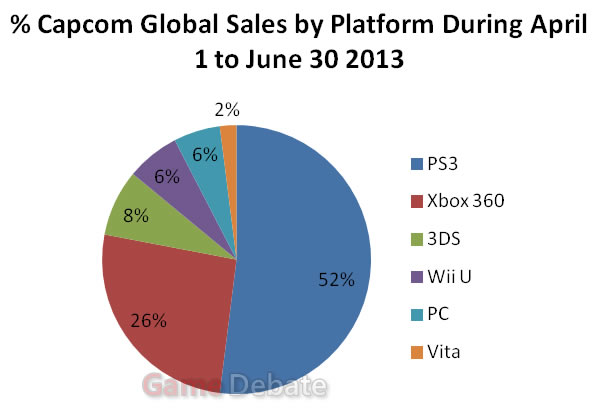 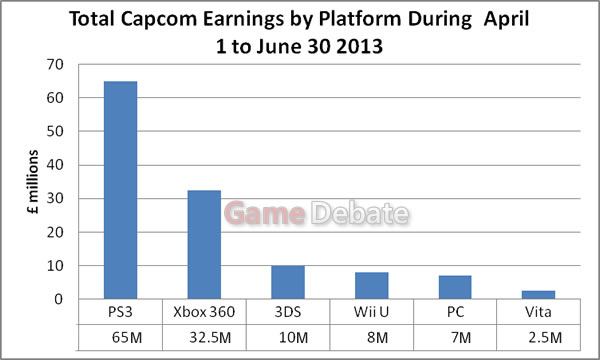 Capcom have a number of their big hitters still to come over the financial year, with the XBox One exclusive Dead Rising 3 keyed to be one of their largest.

Capcom also have a recently announced Strider remake due out next year that should re-launch a classic series and Ultra Street Fighter 4.

For many it is starting to feel that the massive recession the world faced in recent times is moving gradually behind us, but during it we experienced the obvious loss of publishing giant THQ. Hopefully we will start to see a more prosperous future and companies like Capcom should be able to shrug off these sorts of temporary downturns.

Awww really £8.85 million to £5.55 million poor them... Lets remember it is net profit not gross. Maybe games companies should thank us gamers for once and lower prices for brand new games I and many others might then splash more on games we are unsure about in the first place, hell they might even earn more through quantity selling!

I really miss the megaman series.
I hope it ain't dead yet.