Fans of Team Fortress 2 rejoice! Those generous guys over at Valve are always surprising us with free stuff, and there’s more yet to come.

Not only is Team Fortress 2 a great free way for you to get your gaming on, Valve are now planning to bring out a free TF2 comic on a bi-monthly basis...

Although comics tied to the game have been released previously, this is the first time they’ve released one that isn't connected to an upcoming update.

Like those released previously, the comic - named 'Ring of Fired' - looks great and is full of stuff that even those unfamiliar with the source material should enjoy. Valve sure seem to be impressed by the quality; in fact, here’s what they think of it:

“we think you’ll agree this comic series deserves to join the menu at the Olive Garden, Fitzscott Gerald’s The Great Greatsby, and the beginning part of a jet-ski manual that tells you how to start the jet-ski as one of the three or four things humanity has produced that’s actually worth reading.”

Take a look at the comic here and tell us what you think of it below.

Wow this is really good! Can't wait for the next edition. 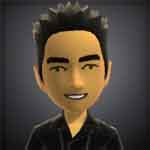