A couple of nuggets of information have come to light which seem to indicate the name of the next outing in the Halo series.

Microsoft inadvertently put an official listing onto it’s online store; as well as Axis Animation, the group responsible for the E3 trailer, releasing an update trailer with the name included…

Not the sort of title to set imaginations buzzing, we’re sure you’ll agree, but it does at least indicate that this will be a proper sequel outing on the Xbox One.

343 Industries will be picking up where they left off an developing this one, trying again to fill the gigantic shoes of Bungie, who have since moved on to the development Destiny.

Halo 5 has a tentative release date of 2014 at the moment, but expect to hear more details following the Xbox One's launch.

Are you excited for the next instalment in the 'Halo' series? Or are you coming down with a serious case of sequelitis?

Halo is a joke now, from all I saw in the two games 343 made was just a retextured Halo Reach. Same bugs and everything but with a COD system in Halo 4, I don't expect anything special from Halo anymore, just a milked series till its death.

i HATE games that are only exclusive for a specific console (or PC). i was frustrated that "the last of us" was PS3 exclusive and also hate microsoft for publishing all the newer Halos on XBOX only... i wish they would make halo universal for both (or all three) consoles plus PC... 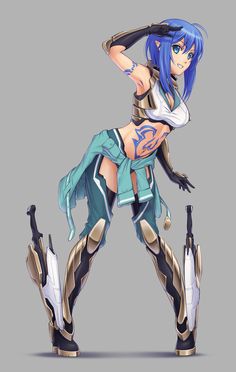 yeah mate,lets say if BF4 was PC only what scandal startle :)
sorry if my english is not so good :( 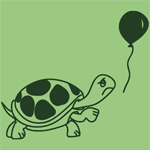 Halo 5 is the factor that's gonna decide whether I get an XB1 eventually or not.

seriously over just halo???? I think you should just get ps4 and play destiny

Destiny may be coming to PC anyway...

I will be getting the PS4 first more than likely although I am a MASSIVE Halo fan, even if the game is taking a different route since 343 became the developer I still love it :) Then there's Destiny which I am also hugely excited about!! That's gonna be on both consoles though :)

All the people at 343 working on Halo are ex-Bungie employees who were part of Bungie's Halo development team... So essentially, Halo is still Bungie - not counting their jacka$$ owner MS Game STudios of course...

Now does this mean I have to get an Xbox one...?

no buddy, just because Halo 5 will be only for xbox one better get an ps4 in my oppinion ;)

I'm a PC gamer through and through... Only reason I bought xbox 360 (second hand BTW - got a really good deal) was for Halo...

Couldn't second hand be problematic with Xbone? Is there some "Account bond to system" type of thingy?

To be honest i could see that as a surprise feature. Since Xbone is taking a stand against second hand games while ps4 is not. I could see it being bound to account.