Yet another Assassin’s Creed 4: Black Flag trailer has washed ashore but this one may be the best one yet, especially if shark-hunting and tavern-brawling are up your street.

The game’s director, Ashraf Ismail, talks us through the various locations and settings that we can hope to explore in the final product...

The trailer gives an in-depth look with commentary on the various activities and locales you’ll be visiting during your piratical reign of terror, providing a glimpse at how the actual game will play.

The world itself looks to be one of the most intriguing ones yet in the Assassin’s Creed series, the islands themselves look great as separate entities, specially designed parkour playgrounds just begging to be explored.

The selection of side-activities look great, particularly going harpooning or diving for buried wrecks and treasure, these are a sure-fire way to keep the game fresh and entertaining. I have to say though I don't think I'd take my chances with a bull shark in real life, anything that can take a hit from four harpoons and live to tell the tale is best avoided in my book.

Assassin’s Creed 4: Black Flag is schedule for release on PC, PS3, Xbox 360 and Wii U on October in the US and November 1st across Europe.

The title is confirmed to be a launch title for both Xbox One and Playstation 4 so you can expect these to arrive in November for their respective launches.

What do you think of this latest offering from Ubisoft? Do you think the series looks to be getting back no the track after the disappointment that was Assassin's Creed 3? As usual let us know in the comments below! 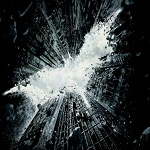 Have you tried this in Assassins Creed 3?http://www.youtube.com/watch?v=CjTajZBlOQ8

Hope this assassins creed won't be as bad optimised as Rome II for my computer... wanted to play ultra at full hd resolution

Saw this yesterday, really can't wait for this game. I've been waiting for a game form this time period to do with "The new world" and age of sail for so long, potbs has run dry now.

really not hyped about ac4 :/

Gameplay seems better than in AC 3 and graphics are great !