The town of Los Perdidos is bigger than the first two games in the series' areas combined, with a fair whack left over to boot...

The map shows a much more open-world affair than we’ve come to expect from Dead Rising, shedding the relative confines of the shopping mall and Fortune City for something altogether on a larger scale.

While the map itself is nowhere near the scale of the Skyrims and GTA Vs of this world, Capcom are aiming for a noticeably higher level of graphical quality than you would traditionally expect from an open-world game.

A Capcom representative at Gamescom said: "The fidelity of the game is similar to what you'd see in a linear game, but we've managed to put it in an open world game. There's that much horsepower on the Xbox One that we're actually able to do that." 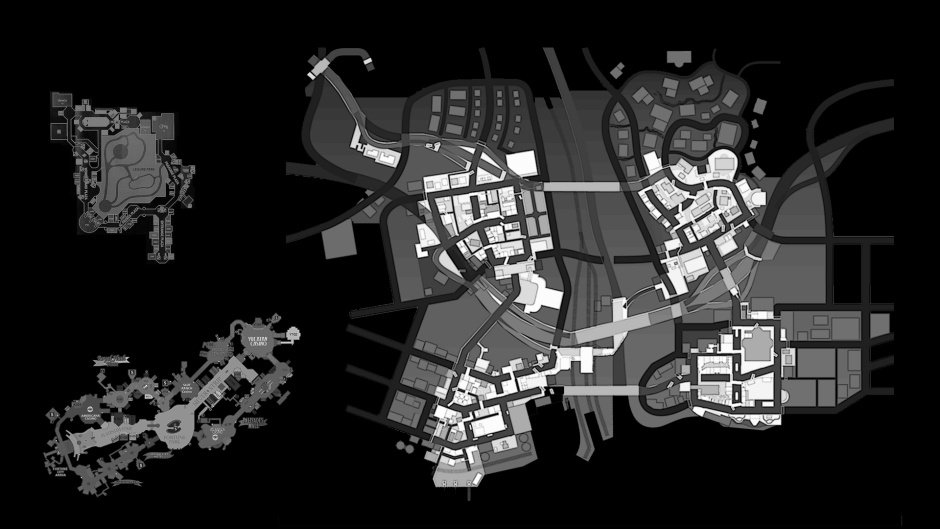 If all goes to plan Dead Rising 3 will be launching alongside the Xbox One on November 22nd in the thirteen launch territories.

What do you make of the size of the map in comparison to the recent 'current-gen' GTA V map that surfaced recently?

the image on the right looks super zoomed in whilst the other two looks zoomed out.

The only way to say for sure is have an end to end time measurement or something.

dead rising 2 should be bottom left not right :P

Microsoft PC is also under your name PLS Y U DO DIS!!?