GTA V is one of those titles we just don’t grow tired of hearing more about. Whether it’s new trailers, screenshots or information it’s always good to know more.

In a recent interview, Rockstar Co-founder Dan Houser discussed everything from characters, locations and the possibility of a film…

Speaking to The Guardian, Houser goes into detail on a wide variety of topics. He begins by candidly declaring his feelings for the series. "If you were to love any of your children more, you'd certainly love GTA the most".

In the interview he also discusses the hard work and commitment that goes in to a game as massive as GTA V. According to him, what’s needed is passion and to “liven it up” the guys at Rockstar had to make their “lives unpleasant again.”

Only this week, the GTA V map was leaked via the game guide, and according to Houser it’s the creation of this world that ends up being the longest part of the process. The team apparently spent at least 100 days in L.A., researching the lay of the land, and it wasn’t always a pleasant experience:

"Out and about, all night long with weird people, strange cops showing us around, a lot of first-hand research. We spoke to FBI agents that have been undercover, experts in the Mafia, street gangsters who know the slang – we even went to see a proper prison. These poor buggers in the middle of the salt flat desert, miles away. It was eye-openingly depressing."

He goes on to discuss the importance of the three main protagonists in GTA V, and that this allowed them to “create nuanced stories, not a set of archetypes". He mentions that Rockstar wanted to create more believable characters in GTA V; each of the three has his own skill set and so it never seems that you’re playing as a “super-criminal who can do everything effortlessly”.

Finally, we get to hear Houser’s views on the differences between games and films, as well as Rockstar’s feeling on a GTA movie.

In his opinion, what makes games unique is the actual participation. He believes that open-world games take this a step further, as every player is going to have a completely different experience. To Hauser, “when you walk up a hill yourself and see the sun setting on the ocean, that's a lot different to me taking a camera up there and making you see it."

When asked about the possibility of a GTA V movie Houser is pretty clear on the Rockstar stance.

"The money's never been close to be worth risking one's crown jewels. Our small dabblings with Hollywood have always left us running back to games. The freedom we have to do what we want creatively is of enormous value. The second you go near Hollywood, people seem willing, or have been forced, to lose a lot of that control. That sort of amorphous 'that won't test well' attitude is exactly how we don't work. We've always tried to think of stuff that's innovative and new, and to go into a world where that's not encouraged would be horrible."

Instead, Rockstar are giving us an experience that’s 100 hours long where we have the ultimate control. To them, that’s not something that can be put on film.

Houser ends with an interesting thought and something I think many of you will agree with:

"We love games and we think we've got something to say in games, and that games have plenty to say. So shouldn't we just continue doing that?"

What do you think of what houser had to say? Do you still want a movie?

"Instead, Rockstar are giving us an experience that’s 100 hours long where we have the ultimate control."...I don't get why people are so crazy about that, 5-10 days long game with plenty boring side activities and some cool side activities...
I don't wanna judge the game yet, so I'll wait until it releases on PC, until that San Andreas gets more respect by me :&#272;

Games have always been 10x better than their movie iterations.

to tell you the truth i think GTA could be an exception because they don't have to base it off the series they could create something completely new. (if that could still be considered a video game movie).

I feel you, bro

nah, GTA is too good to die with V, unless V just blows, which I doubt it will. I say we'll see another one several years down the road.

GTA V it's almost out, and I'm just sitting here crying because I don't have a console... :c

well, the PS3 is going to be supported for awhile after the PS4 launches, so I wouldn't worry about it dying, plus it isn't backward compatible as far as I know, so you cannot play any disc-based PS3 games, so to experience those you'd need a PS3. I suppose the same can be said for the 360, except it probably will lose support shortly after the Xbox One launches.

Man hatts off to R* Now I think I will pre-order And I will not care If my PC can Run It or not.

you can't pre-order it for PC yet i don't think.

O.o I know I cant Yet Its not necessary to ri8 everytime that If it comes to PC

it's hasn't been announced for PC, you have to get it on PS3 or 360, where have you been since on all of the articles here people whine it's not on PC?

I know that Its not necessary to ri8 everytime that If it comes to PC. And I've been here all the time. Slow down

ri8? I suppose that means "write" but anyway, moving on I suppose, as I have no idea how to respond. 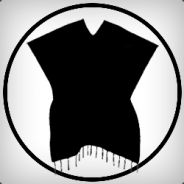 If they make a movie before they release it for PC I will be outraged.

Movie? Not sure bout that. But better be not Uwe Boll directing it..

A movie is certainly not a good idea because there is not much control over a movie as compared to a game. In a movie we can only show action and so there is no storyline. GTA games have an interesting plot. A TV Show will still be a better idea.

A film of GTA, I think, would turn into another generic driving/action film...as long as we get the game on PC we've got all we need!

personally, I think a movie would be a good idea, however, like Houser said, in Hollywood, you get little control of making a movie, so with that being said, since they couldn't retain complete control, it would be a bad idea :/

its a really bad idea :/

Almost every movie based on a video game has been garbage. So no, I don't want a GTA movie. Stick to the games :)