The future of Burnout is up in the air after a majority of Criterion’s employees have left and formed a new studio.

Ghost Games has been formed almost entirely of ex-Criterion staff and will be focusing on the recently revitalised Need For Speed games, including the upcoming Need For Speed: Rivals, while those left at Criterion work on new projects…

Creative Director at Criterion, Alex Ward, took to Twitter to say that life under EA isn’t all doom and gloom, “We're fortunate to be part of a big organisation that curates and invests in new intellectual properties. It really *isn't* the evil empire.”

What these new intellectual properties are we don’t know yet, but freed of the shackles of yearly Need For Speed releases we could be seeing some exciting new concepts. The Burnout series has always been about classic one-more-go arcade style gameplay combined with fresh ideas, so here’s hoping that the cream of the crop are still toiling away at Criterion.

Our understanding is that the leads at Criterion wanted to move away from racing games, and that they're instead looking to create something completely unrelated.

What do you think of the rest of the team breaking away, do you think a 17-man team will still be able to create top-quality games? 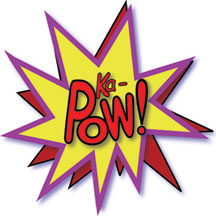 I would not rather work too under EA management or partnerships ..

If I had to choose I'd go with Ubisoft.