Fresh Details Of Thief Reboot Skulk Out From The Darkness

Garrett is back. The master thief will be returning next year in the new Thief title, and some juicy new details have been unearthed.

Producer Stephane Roy has revealed some new details on the reboot of one of the original games in the stealth genre...

Eidos Montreal believes that immersion is key and it’s this that will set the game apart on PC and next-gen consoles; greater AI, higher-quality audio and more detailed graphics will all go some way to creating a more immersive universe.

The Playstation 4 version will be making a fairly novel use of the lightbar during gameplay, lighting up depending on your visibility in game. “It creates a nice feeling when you play in the dark to see it illuminate or darken as you move through the environment”, Roy said.

It’s be nearly a decade since the last outing in the Thief series, Thief: Deadly Shadows, and games have undoubtedly changed (for better or worse we shall leave it to you to decide). Despite this, Eidos Montreal is looking to stick to the roots of the series, with the core stealth mechanics remaining intact: “The game evolved around that aspect, in how we improved the AI, the navigation, the readability, and the structure of the game.”

Following in the footsteps of Splinter Cell: Blacklist's different playstyles, the player will be unconstrained in how they want to play the game; whether they want to go in like Rambo with a migraine or slinking in the shadows.

Roy said: "The player always has the choice of how they approach a situation, and we make sure the game doesn’t restrain them. Every mission supports both the ghost player, who wants to play without killing anyone, without being seen, and the predator, who wants to use the shadow to quickly dispatch enemies."

Much of the previous games in the series’ stories were told through eavesdropping through doorways, like a distinctly unfriendly nosy neighbour. This storytelling mechanic seems to very much stay intact, providing you with tidbits of story or hints on how to progress.

We’ll have more details on Thief once we’ve had a look at it at this weekend’s Eurogamer Expo!

Are you looking forward to this new reboot?

What aspects are you hoping they keep from the classic games?

Love stealth games... This certainly looks promising... I have not played the original Thief series but I really want to try them now...

"Every mission supports both the ghost player, who wants to play without killing anyone, without being seen, and the predator, who wants to use the shadow to quickly dispatch enemies." They always say this and act as if it's okay to change established gameplay mechanics, as long as they let you 'ghost' or 'panther' it. Dickhead, you never 'panthered' anything in the Thief series. They repeat that mantra as if it's somehow going to fix the game's other problems. It's not, Eidos Montréal. Get a grip.

technically you could in Deadly Shadows, that's how I played: be stealthy and sneak up behind a hostile, and kill them, hiding them in the shadows.

Though not through an elaborate takedown, I imagine. But this isn't the point I was trying to make. The point is 'ghosting' should be possible in EVERY stealth game. It's like saying 'You can shoot people with guns.' in an ad for an FPS game. This stupid reasoning that you can betray everything the game should have been if you let people 'ghost' it. I want games about hitmen, about spies and about thieves. Not bland and derivative stealth games that might as well share the box and title they are bought in.

definitely looking forward to this game,
Thief III: Deadly Shadows is best stealth game for me,
but I'm afraid new Thief cannot be called "new reborn" because there will be much difference...

I have couple CD versions as I got each every time I returned my 6600GT in warranty service :&#272; 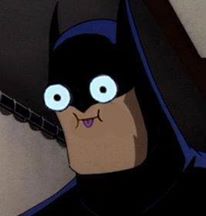 I have never played any Thief title before..but this looks good..!..

so wait, it's not just next gen and PC anymore? epic :D I am so getting this, and it's good to hear that the stealth mechanics and things are still intact without going like Splinter Cell Blacklist completely(which still seems Splinter-Cell, from what I saw, but it doesn't seem to hold a candle to Chaos Theory when it comes to Stealth)