Crytek is willing to stump up £25,000 for the development of a prototype service or application that can convert street map data into virtual environments.

The initiative is part of a digital innovation contest being run by ‘IC tomorrow’, and the software must be capable of rendering entire cities using freely available street data such as that seen in Google Maps…

One of the most expensive aspects of any game’s creation is the sheer number of man hours that go into creating the landscape; environments such as Los Santos clearly aren’t just cobbled together. Crytek, the hardware-pushing developers of Crysis, believe that procedurally generated content rather than that hand-crafted by artists is both much cheaper and much more efficient to produce.

The creation of a program that could automate this creation would of course massively free up developer time to focus on other aspects of the game, allowing the creation of larger worlds at a cheaper cost. The downside of course is that this will only be applicable for real-world locations; any fantastical locations would need to be hand-authored.

Crytek go on to say that "The heart of this challenge is to progress the objective of generating CG game worlds from open street map data in a game engine. This could provide game developers with the chance to create even larger worlds more quickly, and at a lower cost. Whilst open street map data is not at all detailed enough for many gaming applications, it could provide a starting point for procedurally generated content."

The potential for it’s application is plain to see, driving games in particular could make great use of it, allowing developers to easily create real-world locations for you to burn rubber in.

Do you think that this idea has legs?

THIS CANNOT BE JUST AN GRAPHIC ENGINE. IT IS HOW IS THIS CONVERTING ANY MAP INTO A DATA AND ALSO GOOGLE MAPS WHAT IF THIS ALSO MONITOR THE ENVIRONMENT WHAT THEN.
I DON'T SEE A POINT.
"The creation of a program that could automate"
"MEN ALWAYS CREATE SOMETHING THAT HE NEVER HAD CONTROL"

Indeed, I'd love to stroll around my home town in a virtual environment ^_^

Why? You can do it for real anyway :P

I get it, i get it
I'm just playing with ya 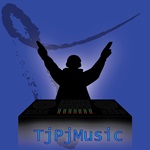 Only £25000, that is nothing. your average software engineer makes that in less than 6 months. 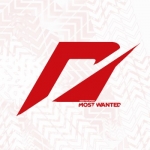 Oh crytek, always in it's own league

I'd welcome such thing as I'm making racing game in CryEngine3 :&#272;

Racing through your neighborhood XD

will be fun :D

Am in the only one who wants to see new worlds in games other than the one we live in. Even if they are successful with this, it will only be used to map out popular locations like Italy or major US cities or Jo'burg or something where games have been previously set. I dont see myself going GTA in my backyard

Look at my previous comment... We can dream can't we...

Oh this is just too good... I can only dream of a game with Lalbagh gardens or Mysore Palace in it...

Just imagine seeing your house in a game ...

I can imagine someone crashing into your house in GTA...

And bombing our schools

That would be fun xD

Now this would be sweet to see in all the genres of gaming. I hope that this will go through. Although I don't know if this is on their newest engine

I can see rockstar games buying this off crytek for their next GTA or Midnight Club or etc.
not sure if crytek owns this or not though.