OSUBoarder has been toiling away on the incredible feat of 365 Days of Gaming for over nine months now; he set out to give us one blog each day and he hasn't failed us yet.

Today he brings us his thoughts on Splinter Cell: Conviction...

Felix: You can visit OSUBoarders full collection of 365 Days of Gaming Blogs here, if you would like to check out his other awesome coverage. 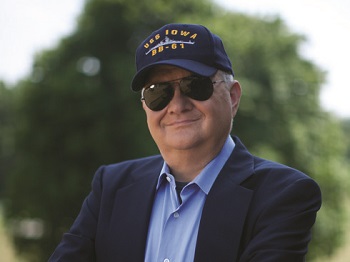 For the first time in a while I had actually planned out what I was going to play and review today. Upon coming back to my dorm however, I was greeted with the unfortunate news that my favorite author of all time had suddenly passed away at the age of 66. Tom Clancy was an incredible author who clearly took time to research his books and he wrote some of the most compelling combinations of military fact and fiction that I have ever witnessed in print.

From his original rise to fame with The Hunt for Red October to Rainbow Six which I must have read 5 times or more, Clancy has been one of the most prolific and successful authors of our time. His venture into the gaming world further solidified his place in history with the Rainbow Six, Splinter Cell, and Ghost Recon series; which remains one of the best tactical games ever in my opinion. I thought it would only be right to review and play a game that has been in my backlog for quite some time to honour this incredible man.

Splinter Cell: Conviction is the 2010 installment of the popular Splinter Cell series developed and released by Ubisoft Montreal. In this game you once again take up the roll of Sam Fisher, the now retired Third Echelon operator who is seeking information and justice for the hit and run killing of his daughter. Just when he thinks that he has found the culprit, he is captured by a Third Echelon strike team and relocated for interrogation. As the events unravel, it turns out that his old organization may be caught up in some dark dealings and that the head of the company is not who Sam thought he was. Luckily Sam still has friends and contacts on the inside who are able to help him not only escape, but set out to uncover the truth. 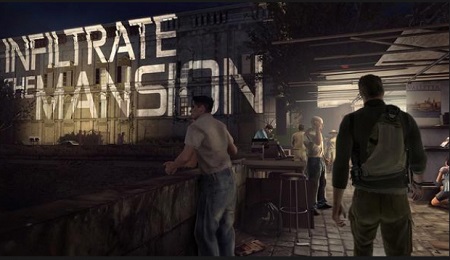 Though Conviction follows in the story and main inspirations of the previous Splinter Cell games, many people, including the developers, think that this game took a different path from its predecessors. While stealth is still the most prevalent factor in navigating through the dangerous levels, there was more focus on actual combat and fluidity as well. The game could now be reasonably played either in pure stealth, open combat or, my favourite, a mix of the two. Purists of the series claimed that this game was too far removed from the ideals of games like Double Agent, but that is exactly what the developers wanted. They wanted something that could still be hardcore, yet have the option to be forgiving enough to draw in players who were previously intimidated. I personally think that this mission was accomplished in a successful manner. While stealth is still a better option than attacking head on, it can be done with reasonable amount of efficiency. Will you be making the game hard on yourself? Yes, but for new players just learning the ropes, this is perfect. I’ll be honest; Conviction was the first game that I put a lot of time into before going to Chaos Theory which is much less forgiving.

One of the new features that allowed players to fare better in combat was the Mark and Execute mechanic. This allows players to mark two targets on the screen and then perform a quick shot on each target without having to physically move the mouse to target the next one. To help with stealth, there is also a Last Known Position feature that shows a white silhouetted figure in the spot where the enemy last saw Sam. This allows players to bait enemies to one location before slipping behind them and either moving on or eliminating them. With the exception of a few other tweaks, the game stayed true to a lot of its roots. There is still an assortment of gadgets and weapons to choose from depending on your play style. For example you can peak under doorways before going in or throw an EMP grenade that will shut down all lights in the vicinity, without the player drawing attention by shooting them out. Since this game takes place in a time where Sam is effectively on his own, some of the more advanced gadgets such as the night and heat vision goggles are not available in game. Instead of having a light sensor to indicate whether or not you are visible, the screen turns to a grayscale when you are covered in darkness. 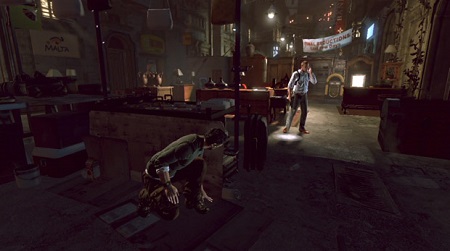 My impressions of the game were very good. Even though I am never good at them, I enjoy stealth games that are hardcore but also give you a way to deal with the situation should you get spotted. Nothing annoys me more than a mission where you cannot raise alarms or get spotted in any way, then respawns you at the beginning if you are. The controls felt really smooth and I generally felt like the game was flowing which was the intent of this game. The storyline was a bit cliché at times but with a few good points and even some exciting events that were similar to Call of Duty in cinematics, but done in a much more tasteful way. The AI was challenging on harder difficulty levels which I think will please the hardcore fans but there was always a workaround for those going for the 100% stealth run-through.

As I mentioned, some purists may not have the same impressions as I did. It is important to remember that this is the first Splinter Cell game that I had any real experience with so my opinion may not hold much weight by some standards. A good compromise that I have heard is that Conviction was a good game, but only a decent Splinter Cell game which could be true depending on what you define as a Splinter Cell game. Regardless, I think that any fans of Splinter Cell, Rainbow Six, etc. should check this game out because it follows in many of the footsteps laid out in these games. Though it introduces some new features and removes some old ones, it is still another example of the amazing work that has been put out by Mr. Clancy and the group of designers and developers that have worked on any of those projects. Rest in peace Mr. Clancy, your work will forever remain with me and millions of others that you have touched through your writing.

Rest In Peace, Tom Clancy.
Your games always were my favourite.

I didn't even know he died before reading this blog; he will be missed. He was the kind of author that is so hard to find these days: an author who loved his work and didn't bother with convoluted metaphors or social criticism and unlike many contemporary writers didn't suffer from an obvious superiority complex. A writer without a liberal agenda to his work, or 'grand' purpose beyond what his novels were supposed to be. Also, he owned a WWII M4 Sherman tank. Which is just awesome. Rest in peace.

Rest in Peace there, Tom Clancy
You will be surely missed by millions of gamers and readers all ove the world

Great review, one day I will get round to playing this game. But first I want to play though Double Agent.
In the meantime I'm going start a play through of the first Splinter Cell, in memory of Tom Clancy. May he rest in peace.