Rumours that PlayStation 4 exclusive DRIVECLUB would be the latest upcoming title to face a launch delay have been confirmed by Sony.

Sony underlined the fact that, in spite of the delay, DRIVECLUB would still be part of Instant Game Collection when it launches early next year, and that “The extra time we’re giving the [DRIVECLUB] team means the visuals and overall experience are only going to get better.”

DRIVECLUB is the second delayed title to affect Sony this week. Although the other significant delay, Watch Dogs, was cross-platform rather than exclusive, the Ubisoft title had a greater impact for the PlayStation 4 thanks to the number of PS4 Watch Dogs bundles available.

Sony President Shuhei Yoshida has moved to allay fears about the dwindling number of launch titles available to gamers wanting to purchase a PlayStation 4;

“PlayStation 4 gamers will have no shortage of titles to play this year. At launch alone, we have Killzone Shadow Fall, Knack, Assassin’s Creed IV Black Flag, FIFA 14, Call of Duty: Ghosts, Battlefield 4, to name but a few, as well as the incredible list of Indie games coming to PS4," he said, "A broad portfolio of games will be available on PS4 before the end of the year, and with games such as Infamous Second Son, The Order 1886, Destiny, Watch Dogs and now DRIVECLUB coming next year, the strength of the software line-up on PS4 is unprecedented.”

What do you think of the delay of this PS4 exclusive? Do you think announcements like this will affect sales, or is it just a minor hiccup?

That would be a huge hit to sony especially since most places are saying that the ps4 will outsell the xbone. Makes no real difference to me though i just bought this lappy and i think i will be good for gaming for a while!

Well yes sir it is! Got it "scratch and Dent" from outlet.lenovo. I got it and it was perfect! and for only 738(pretax). A good reason to by lenovo refubs is they ALL have 1 year warranties unlike ASUS(only has a 3 month).

Yes, for that price your laptop is terrific. I wish I had your model. I should see if I can find a refurb desktop or laptop. PS4 isn't delayed; tzzmak is only delivering some humor to these delayed launch titles this week. November 15 is set in stone as the release date here in North America. 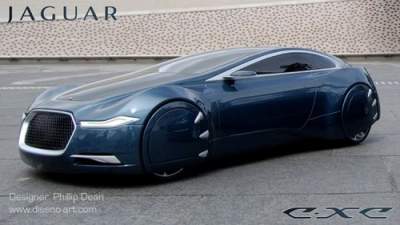 What is happening? every great thing is being delayed. I cant understand business.

Its a shame, but considering this is a ps4 exclusive it doesn't make a huge difference to pc gamers! However, i would like to know the actual pushing force that is causing all of these delays! Did this happen at the launch of the ps3 or xbox360?

I remember there was a game for the 360 launch called Frame City Killer that a lot of people liked and it never saw the light of day. It always happens that games announced for launch are pushed back. I wasn't planning to buy DriveClub as I was going to join PS+ for another year anyway. Certain it will be released early in 2014. I'll probably buy Knack and some PSN stuff to start. I'm with the PS4 for the long haul. The Xbone will never be allowed in my house and I'm not ready to invest in the Wii U yet. I can wait.

after all those delays, every time i open GD i expect to find : 2014 is delayed because of no reason

HAHA! I know what you mean!