Everyone has their favourite form of Halloween entertainment, whether it’s curling up in front of Saw, terrorising your neighbourhood’s elderly population for free chocolate, or glamming up Frank N. Furter style to Do The Time Warp (Again). But for those of you who prefer your thrills a little more interactive, there’s a myriad of ghastly games for your spectral inspection.

In the spirit of the season, we here at Game-Debate have rounded up some of the best games for you to enjoy on the spookiest day of the year. Every day until Halloween, we'll be giving you a selection of great Halloween games in various gruesome categories. Brand new or old classic, indie or AAA, scary or kitsch; we've got a game for every taste to make your day that little bit more spooky.

For today's selection, we're bringing you two of the grisliest games around. These truly horrific Japanese offerings do for games what The Ring did for scary movies, giving gamers two terrifying experiences you must certainly wouldn't want crawling out of your tv ...

Nintendo’s motion controlled console has always struggled to shake off the ‘childish’ image it has  been lazily tagged with by people counting down the days for yet another Call of Duty release. Nevertheless, some of the greatest horror games of the entire generation appeared on this diminutive little console, and of the titles that made it to English shores, Project Zero 2 Wii Edition was undoubtedly the pick of the bunch.

Known as Fatal Frame 2 across the pond, Project Zero 2 is a remake of the cult-classic PS2 original, and is hands down one of the scariest titles of all time. In much the manner that low budget horror movies are made all the scarier by their crackling film and rudimentary special effects, Project Zero 2 will have chills racing down your spine. 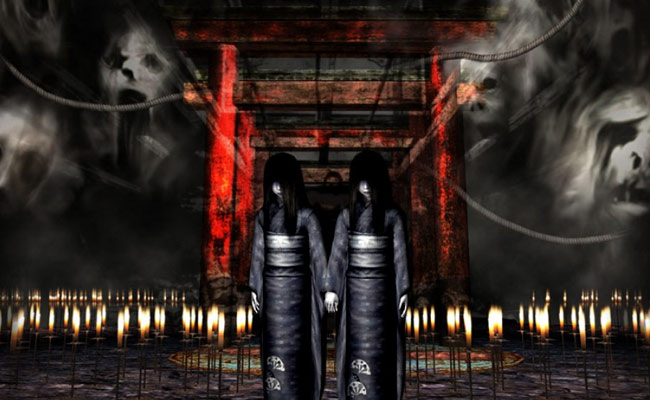 The game revolves around a haunted Japanese village. Largely staunchly traditional in its survival horror aspects, it has one terrifying twist. In Project Zero there are no traditional weapons per se, but rather a mystical camera that can be used to photograph and capture the (usually horrifying) spirits. It might not seem much, but this forced shift to first-person is what truly sets this title apart. The claustrophobic moment as you pull the camera up to your face severely limits your peripheral vision; this is an addition that you will find absolutely genius, while simultaneously cursing the developers at Tecmo.

If you love your Halloween without every ounce of fun replaced with bucket loads of dread, then look no further than this dark masterpiece…

An unsung classic of the Playstation Network, Siren: Blood Curse is a twelve-part episodic adventure that follows an American TV crew as they travel to Japan in an attempt to film a documentary on the urban myth of the vanished village of Hanuda.

Overwhelmingly old-school, this is a terrifying and unrelentingly difficult title that ensures there’s really not much between you and a rapid, grisly death. Throughout the game you switch between different characters in the film crew, including one particularly memorable chapter as a defenceless little girl in an abandoned hospital. Saying you will crap yourself doesn’t really do this segment justice. Unique to the game is a sight-jacking system that enables you to look through the eyes of the nearby hunters, although the game's purposefully grainy visuals make getting any sense out of this power notoriously difficult.

Siren: Blood Curse takes a saunter down memory lane, remembering that it is indeed scarier to grant control to a player who doesn’t have the skills or strength to take down every foe between them and their objective. The Shibito villagers are horrific to face up against, packing brute strength with faces most definitely made for the radio, whilst the blood streaming from their eyes and ears is enough to set any experienced horror gamer on edge. So blow out the jack ‘o’ lantern and lock the door, this will give you one incredible ride come All Hallow’s Eve.

If the mere idea of these Japanese horror-fests is too much for you, never fear! Tomorrow we will be bringing you the scaredy cat's guide to Halloween gaming; looking at two ghoulish games that shouldn't give you night terrors.

What's your pick for the grisliest game ever? Are you a horror fanatic, or a little more faint hearted?

Give us your ideas for some Halloween classics in the comments!

^_^i remember playing siren blood curse.I would stay in rooms and hide pathetically and when I would finally decide to leave the room I would peak out and see those creepy nurses and immediately coward my way back into the room. However when i would actually leave i would walk slowly consumed paranoia. And when they would spot me i remeber I'd start running and screaming "OOOH snap! AAHHH hell na! Get away you Harpy she-devil trollop!

I managed to finish the game with moral support of my friend. since I dared not to even insert that game into my ps3 when i was alone.BTW The final boss fight is the trippiest WTF boss fights I have ever came across.

Heh no joke,I did particulary like the ending, I am glad you seemingly enjoyed it though, I am in the minority it seems as far as disliking this game xD 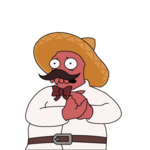 More games are coming in the second part of this article

Cry of Fear is good

Too bad Siren: Blood Curse sucks..... Fatal Frame/ Project Zero is quite an excellent choice for scaring the piss out of you.

What is that I am smelling? Did you just piss your pants? :P

Switch off your webcam when you do the private stuff, I hacked your pc to find something interesting, but its like the back of a video store here. If you know what i mean ;-)

You must be a vampire

Most frightening game for me is outlast, Dead Space 1 is grisly and scary, Metro 2033 has a kinda scary atmosphere.

Metro scary? I must say that is a first.

Well I wouldn't say scary, but they created a good atmosphere. I dunno

Ah I missed what you said about atmosphere my bad :/
Yeah, it had a great atmosphere when Khan was around