The horror genre has been steadily creeping down that route all forms of horror seem to end up.

As soon as a sniff of success begins to rear its head, the big budget studios are all over the genre looking for a quick buck, and this has unfortunately has been the case with many AAA franchises, but big-spending need not always equal little scares...

First there was The Exorcist, truly terrifying at the time, it stands up today as testament to how simple and effective a horror film can be. Utterly watchable and timelessly terrifying. Then came The Shining, pushing the boundaries with psychological thrills and some truly hair-raising sequences. Then came Halloween, the birthplace of the Hollywood slasher movie, packing enough frights and cheap scares to keep audiences coming back for more. Then came Jason X. Oh Jason, what have you done? This hideous amalgamation of all things wrong with horror, the point where the genre began to stab itself in the back, sent serial killer Jason into space. You don't need me to tell you what went wrong with that turkey.

My meandering point being, at some point every successful franchise gets to big for its boots eventually and begins to literally eat away at what made it so great. Occasionally though you do get a AAA new blockbuster franchise that tears up the rulebook, that has you feeling at times as terrified as you did that first time you wandered into Spencer Mansion, or you went down to the flooded cellar in Amnesia, and this article celebrates two recent AAA terrors that have had us on the edge of our seats...

The Last Of Us

I went into The Last of Us blind, that is to say I read nothing leading up to it, I made sure I heard nothing about its contents. I went in expecting Uncharted with shards of glass. I came out a quivering wreck.

No one told me about the clickers of course. Fighting the various, very much alive, denizens of an apocalyptic America was never an issue for me; I shot them, they fired back, it was to all intents and purposes Uncharted with a health bar. The clickers though, were another thing entirely. When I first encountered them in the treacherously teetering skyscraper early in the game, I wasn’t really prepared for just how terrifying an experience they would be. The noise they make is genius, so simple, so effective, and so pant-wettingly hideous.

The combination of the sighted clickers with the heavily infected blind ones is an awesome combination that leads to some incredible gameplay situations, as you trade off on each's weakened senses. Weaving silently between the blind clickers, before hearing the shriek as you're spotted by those less ocularly challenged is an experience few can rival. In that one single moment all hell breaks loose, as what feels like upwards of a half dozen clickers come tearing across the floor, making a beeline for your exposed neck.

The opening confrontations are made all the scarier thanks to your lack of weaponry, and the sheer rapidity with which you can be killed once the clickers get a hold of you. Towards the end of the game they certainly lose their fear factor on a normal playthrough, but get a game going on Survivor mode and brace yourself for an intense gameplay experience like no other, as you scrabble around for the resources to take on these fearsome floral beasts. 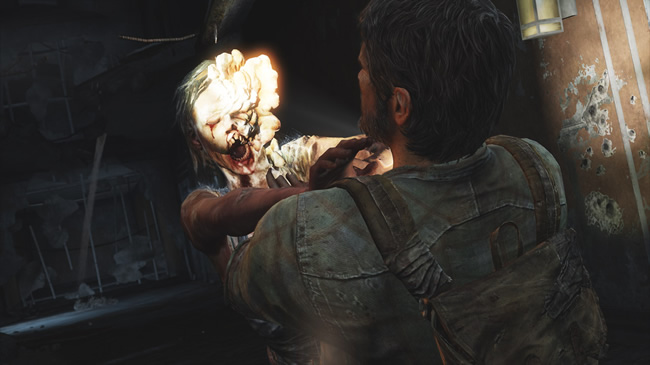 Dead Space may stand as a testament to how to single-handedly create and destroy a successful franchise within the space of a single generation, but that’s not to take away from the qualities of Isaac Clarke’s initial foray into the great unknown.

Space has long been a source of terror in the entertainment industry, the fear of the unknown and the complete absence of human life is enough to make anyone’s hair stand on end. From It Came From Outer Space through to Alien, extraterrestrial life that most certainly doesn't come in peace is a rich vein of resources for the horror genre, and few have mined it more effectively than the original Dead Space.

Calling it Resident Evil 4 in space might be doing it a slight disservice, but lets face it, that’s what it is. Taking everything that made RE4 such an action-horror masterpiece, Dead Space is the ultimate in big-budget sci-fi horror. The U.S.S. Ishimura is a sprawling, often confusing mess that provides a great backdrop to the relentless horror thrill ride contained within.

The necromorphs look like they were ripped straight from the bosom of The Thing; these many limbed monstrosities come in all shapes and sizes, but they all only have one thing in mind. The limb removing mechanic is fantastic; no longer are you safe after removing a beast’s head, here you must tear them apart limb from limb with the help of your trust Plasma Cutter. Something as simple as changing shot's rotation to take out the appropriate limb shouldn’t be so satisfying, but it truly is.

Like many AAA horror blockbusters, Dead Space isn’t exactly going to win plaudits for being the most terrifying game in the world, but for a horror-lite sci-fi Halloween you couldn’t go far wrong…

What big-budget horrors do you think can stand head and shoulders with their low-fi counterparts?

Do you think the big-budget horror game could well be a dying breed?

Drop on in and give us your thoughts below!

Check out our previous specials to see what you could be playing this Halloween...

Games For The Faint Hearted 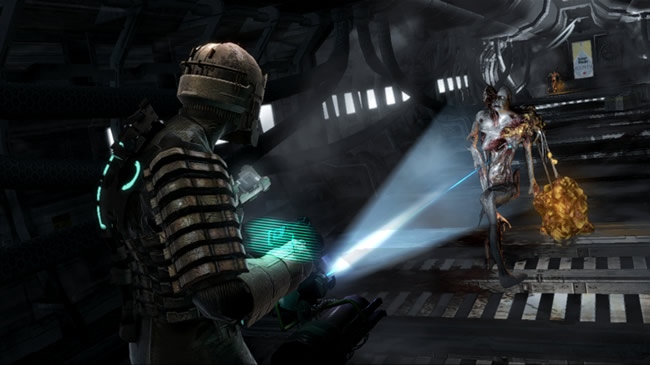 Where's DayZ? That game is golden on servers that have limited loot :P

Silent hill 2 is pretty scary and the story is amazing. It also has a great soundtrack. the soundtrack of a game is important to me

Indeed, that game has quite possibly the best soundtrack out of all horror games :D

The Last of Us is a great mix between horror and story, giving it that extra horror-dimension where you are afraid to loose any of your friends.
I can't help but love Alan Wake as it's story driven and not all about the 'blow the monster's brain out' ;), and it's very cheap on Steam as well.
Other than that, Outlast is a great scare.

I haven't played Alan wake, but I saw the ending, didn't get a second of what was happening 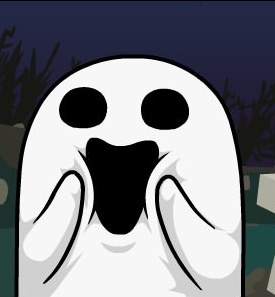 DS 1 is a frightening game, love it.