The shambling brain-dead terrors known as zombies have been the subject of horror for time-immemorial, and here we pay tribute to two of the finest lurching dead people simulators the world has ever known.

In recent years the zombie scene has exploded with more force than a double-barrelled shotgun through a member of the walking dead's unsuspecting cranium, but these two stand as shining beacons amid a sea of moving corpses...

Without a doubt the biggest name in horror gaming, it’s a tough call to choose between fan favourites Resident Evil 2 and Resident Evil 4. But for horror purists, the earlier game has to have the edge.

Expanding the original title's enclosed Spencer Mansion setting and letting the zombie apocalypse loose into Raccoon City, this took everything that made the first game so great and gave it a Hollywood shot in the arm, taking the series to ludicrous new levels. Resident Evil has typified itself as forefather of ludicrous gaming plot twists, and none more so than here in Resident Evil 2.

Resident Evil 2 was the first game that truly brought horror home, erupting out from the kooky mansion and into the blood soaked streets of Raccoon City, an everyday town that looked it could have been anyone’s hometown. Exposed parking lots give way to cramped alleyways and sprawling complexes, the new locale gave this game the ability to terrorise in all new ways.

Arriving at Raccoon City police department to find not a soul alive sets the tone for what is sure to be a rollicking adventure. Following the newly established staples of horror gaming convention, Resident Evil 2 is all about ammo and health conservation, there are always too many zombies for you to consider shooting every last one. Serious Sam this is not.

Of course, it handles with Resident Evil’s then trademark awfulness, the tank controls making it abnormally difficult to avoid the approaching zombie hordes, and who can forgot the irritating door loading sequences. Series fanatics will wax lyrical about how they ramp up the tension; those with common sense realise it’s just a pretty loading screen.

Still, urban carnage and frantic action sequences more than make up for the game’s shortcomings. This is a game that is less about scaring the player, more about making you feel total panic, as you stumble down claustrophobic corridors with nothing but an empty pistol and a blunt-looking blade for assistance, while the shuffling zombie hordes cram through windows in the pursuit of tonight's dinner. 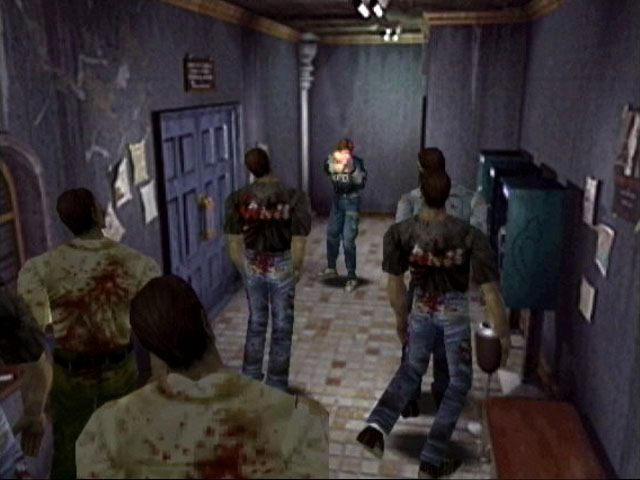 Left 4 Dead  has to hands-down lay claim to being the best multiplayer horror shooter on the block. Sure, not many people try to take the horror staples into the online world, but Valve nailed it with this co-op zombie blaster.

If ever there's been an homage to the classic zombie movies then this game is it, stealing cliches left, right and centre from George A. Romero. Taking almost the entirely opposite approach to Resident Evil 2, Left 4 Dead entirely explores cooperative mechanics, tasking you and three other survivors (for now) with staving off the zombie apocalypse.

Taking in every cliche under the sun, you'll be battling through hospitals, airports and farmland, as you and your band of merry psychos fight your way to a rescue point and the safety that it provides. Every game you play is even played out like a movie, with a movie poster and even credits at the end of the ordeal, replete with 'in memory of' for those who got 'Darwin-ed' along the way.

For those of you looking for the authentic shambling zombie experience, then look no further this Halloween than Valve's Left 4 Dead. 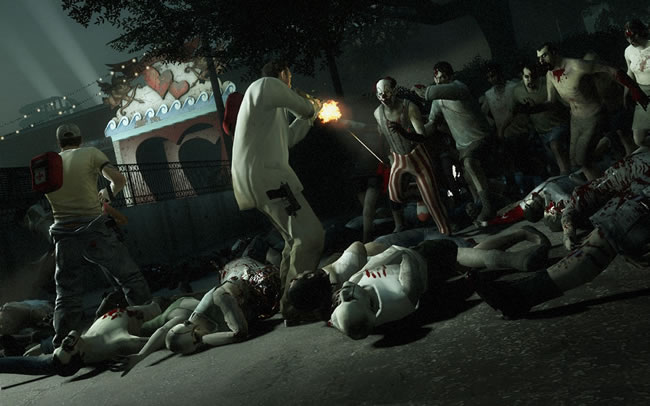 Games For The Faint Hearted

So there's our run down of some of the best games we think you should be playing this Halloween. Of course there's hundreds of terrifying games out there so we're know we've missed a whole stack of games fully capable of emptying your bowels, so be sure to let us know how you're going to be spending your Halloween! A tip of the hat of course to Amnesia, Outlast and more, hopefully they'll make it in next year! 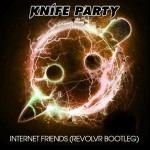 fck these games.. play through the FEAR trilogy in a week EVERY night, and tell me that those games in here are scary.. i dare you.. i double dare you motherf*cker :D

Fear 1 and 2 were really scary but same cannot be said about fear 3 :p

I almost crapped in my pants when I was playing F.E.A.R. in a dark room with my headset on :P 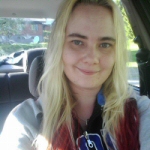 lfd 2 is not scary but tank gives me creeps :'(

I am playing left for dead :)

I have L4D2, but i miss the survival maps of L4D1, they were sooo much better :[

and hey what's lfd gooty is it a dlc or what ?